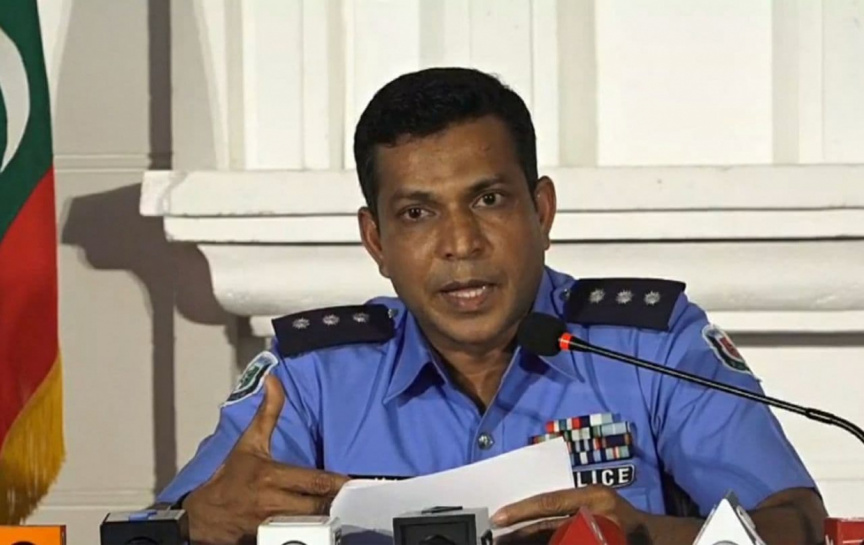 Police have said that they recovered items worth more than MVR 2.9 million related to fraud, theft and robberies during the first 10 months of 2020.

In a press conference today General Investigation Department head, Chief Inspector of Police Ali Faiz said that the department received 2,710 cases in the first 10 months of 2020. The highest numbe rof cases recorded were theft, according to the the Chief Inspector.

"In total, as volume crimes cases, we recovered items with a total of around MVR 2.9 million and returned them to their rightful owners." said Chief Inspector Faiz.

Reasons for these crimes included the fact that people who commited such crimes remained on the loose, said the Inspector who added that they included individuals connected with drug related crimes and those released on parole who were also involved in the commitment of such crimes. Most of thoe involved in criminal environments were common partakers of such crimes.

Chief Inspector Fazi said that during the lockdown on Male' a significant reduction was noticed, however, as easements were introduced to the lockdown, a gradual increase was once again noticed. The Inspector also noted instances of carelessness and neglect by individual citizens such as leaving items in the baskets of vehicles and leaving valuables exposed or poorly secured when going swimming were also observed.

The highest number of mugging or robberies involved mobile or smartphones which were ofetn sntached by the criminals when the owners have them out and are using them on the road. Chief Inspector Faiz advised the public against doing so and to remain alert to such dangers. Handbags and items as such should also be worn on the side away from the road.

The Chief Inspector advised to look out for noticeable characteristic such as the color of the motorcycle or its type which were driven by the perpetrators and the  items worn by the perpetrators and their colors if any such incident happened. He also advised to notify the police as soon as possibleand to let bystanders know what happened if such an incident occurred.