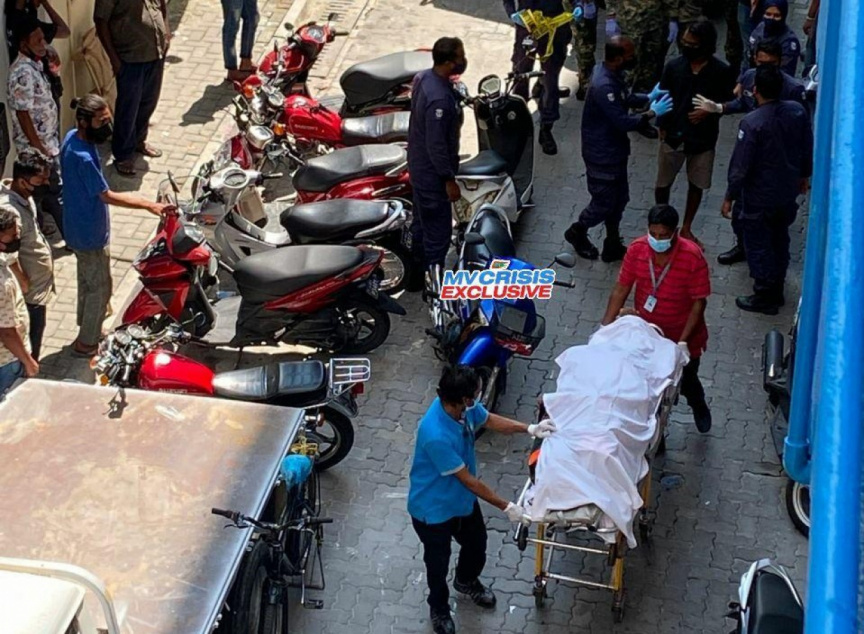 Authorities bring out a dead body found in a house in Galolhu district of Male' City on November 24, 2020. (Photo/MV Crisis)

A person had been found dead in a house in the Galolhu district of Male’ City.

According to the police, the case was reported to the authorities at approximately 11:57 am this Tuesday.

The body has been transferred to Indhira Gandhi Memorial Hospital (IGMH), said a spokesperson.

The deceased has been identified by the police as a Maldivian male.

The police have yet to disclose any further details, stating they are conducting the necessary inquiries.

It marks the second such case this Tuesday, coming after a 58-year-old British man was found dead in the lagoon area off the police tow yard.