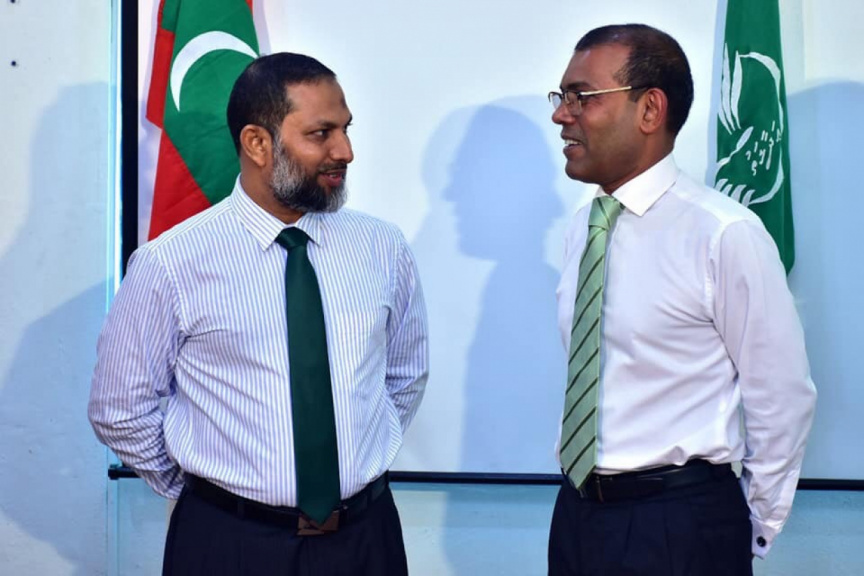 A vote taken by the parliamentary group of Maldivian Democratic Party (MDP) to support the no-confidence motion submitted by the opposition coalition to the Parliament against Home Minister Abdulla Imran has failed to pass.

The MDP parliamentary group took a vote regarding the motion this Sunday morning, deciding they will not support the motion.

The opposition submitted the no-confidence motion following remarks by Imran during a radio show trivializing the sexual assault of a woman that took place on a safari boat off suburban Hulhumale’ in June, and based on the allegation he provided false information to the Parliament.

MDP parliamentary group leader, Central Henveiru MP Ali Azim had already stated that the party will not support the motion, back in October.

“You should not believe you can execute things with this empty fishhook mentality, that we can get caught on an empty fishhook every time there’s a difference of opinion, or hope we will act in violation of our agenda within the Parliament,” said Ali Azim, speaking during a parliamentary sitting.

The motion will not pass without the support of MDP, which enjoys a supermajority at the Parliament.