''My view and government's view are different on matters'' 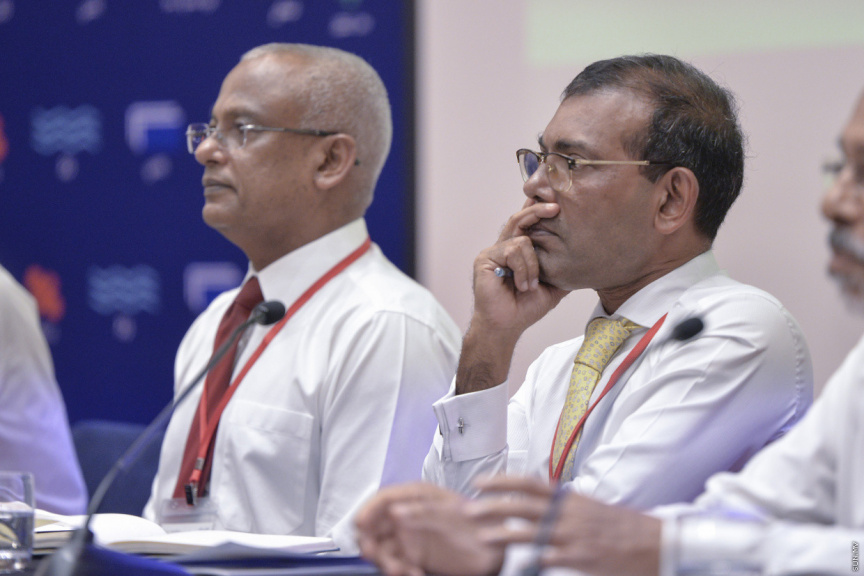 Speaker of the Parliament Mohamed Nasheed has said that his views and the views of the government do not have to be similar in everything.

Nasheed was responding to a question by a journalist in a press conference today when he said so. Nasheed was asked about the frosty attitude he takes towards China, which was not echoed by the government. Responding to the question, Nasheed said that the view of the parliamentarians and even himself was not the same as the government’s view.

“How MPs and even I see things, and how the government sees things, being similar, in my view, and the government, as well as the parliament, do not have to be. That is not how the constitution says as well.” Said Nasheed.

Nasheed said that all he does was hold the government accountable and form laws as well as pass the budget as per the constitution. He said that as part of this work, he could see the debt of the nation which was something that needed to be made public.

Nasheed said that it was not an issue to speak about the Chinese loans, after saying that the Maldives owed the most to China and its banks in terms of debt.

“We are in debt to China and that we have to pay this debt, this is all true. Even if they are a friend or foe, the reality needs to be revealed. We have sworn upon God to reveal the truth.” Said Nasheed.

Nasheed has previously said that the Maldives owed USD 3.4 billion to China to which Chinese Ambassador to the Maldives Zhang Lizhong said that the actual figure was USD 1.52 billion. China has deferred Maldivian obtained loans under the G-20 debt suspension initiative.