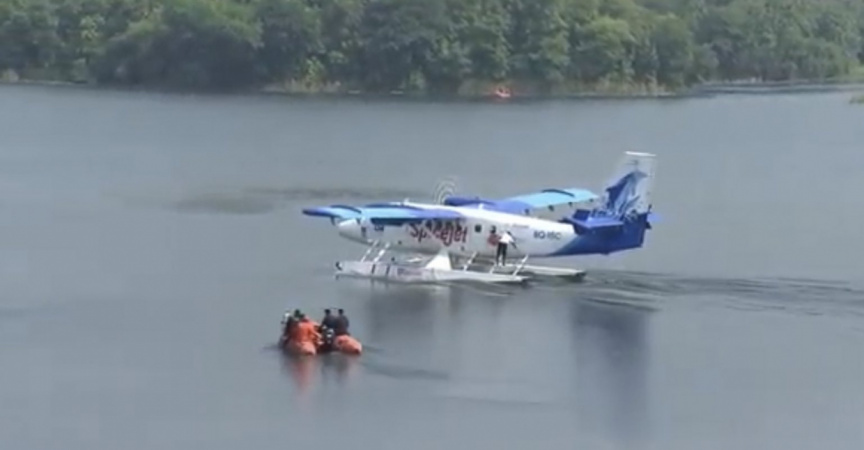 Inaugural flight from Kevadia to Ahmedabad in Gujarat, India, on October 31, 2020.

Maldivian, the national airline of Maldives, has announced plans to expand its seaplane services beyond Maldives’ borders.

Neighboring India launched its first seaplane operations on Saturday. The seaplane service was launched by SpiceJet with a seaplane chartered from Maldivian. The inaugural flight carried Indian Prime Minister Narendra Modi from Kevadia to Ahmedabad in his home-state, Gujarat.

Mohamed Rizvi, the Managing Director of Island Aviation, which operates Maldivian, said that the inaugural flight provides great exposure to the airline.

He said that the airline plans on making use of the opportunity to expand its seaplane services beyond Maldives’ borders.

Rizvi said that Maldivian, as the national carrier, is proud to contribute to such a historic moment.

“The chartering of a plane from Maldives’ national airline for a special flight by Indian Prime Minister symbolizes acknowledgement and respect for the talent and skills of Maldivians,” he said.

The inaugural flight was operated by Maldivians.

Rizvi said that the future looks promising for aviation in Maldives, and that cooperation between Maldives and India for the seaplane operations will serve to further reinforce the historic ties between the two countries.

Strike called off after Maldivian agrees to restore pay

State revenue at MVR 11B expenditure at MR 21B