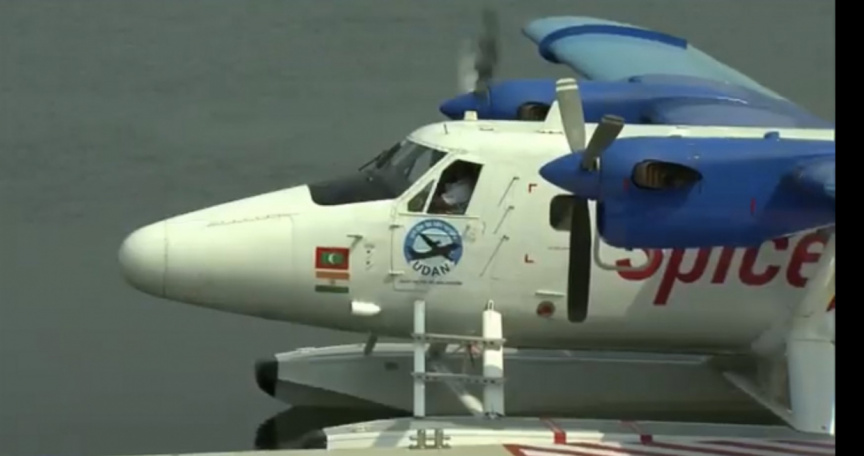 Inaugural flight from Kevadia to Ahmedabad in Gujarat, India, on October 31, 2020.

India launched its first seaplane operations on Saturday, with assistance from Maldivian – the national carrier of Maldives. The seaplane services are being provided by SpiceJet, which chartered a seaplane from Maldivian for the purpose last week.

The seaplane service between Kevadia and Ahmedabad in Gujrat state was launched under the UDAN scheme, a regional connectivity scheme to make air travel more affordable and accessible.

The service was launched by Indian Prime Minister Narendra Modi on Saturday morning, and coincides with India’s National Unity Day.

Kevadia, from where the inaugural flight carrying Modi left for Ahmedabad, is home to the Statue of Unity, built to honor Vallabhbhai Jhaverbhai Patel, popularly known as Sardar Patel, who played a leading role India's struggle for independence.

Mohamed Rizvi, the Managing Director of Island Aviation, which operates Maldivian, said the decision by India to charter a seaplane from Maldivian for its first seaplane service will boost the company’s business.

“This opportunity will boost the confidence between the two countries considerably and greatly boost trade. The trust and confidence from a company such as SpiceJet will further facilitate the efforts to elevate air travel to the next stage. We will make good use of this opportunity,” said Rizvi.

He said that India could have chartered a seaplane from anywhere, but that the decision to charter it from Maldives’ flag carrier symbolizes the respect shared between the two countries.

Dawn of a new era for #MaldivesIndia civil aviation ties!✈️

India’s first seaplane services will be flagged off today by PM @narendramodi on the occasion of National Unity Day-with the support of a @MaldivianAero seaplane,pilots & crew! @MoCA_GoI @ushapadhee1996 @flyspicejet https://t.co/YelvD4d11f pic.twitter.com/SLc2d6SHj9

Rizvi said that the Maldivian has also offered to provide technical support for the seaplane operations in India, and is engaged in discussions regarding the subject.

He described cooperation between Maldives and India in the front as a mutually beneficial “win-win situation”.

He also thanked the cooperation from Maldivian’s staff for Saturday’s inaugural flight.