No confidence motion against Home Minister entered into parliament 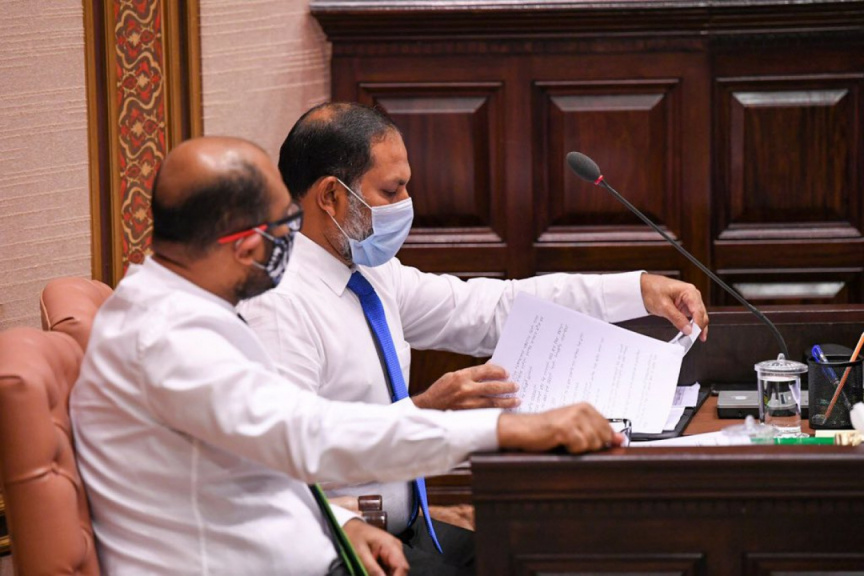 A move of no confidence against Home Minister Imran Abdulla has been entered into the parliament by the opposition coalition.

The move was proposed with the signature of 11 MPs in total.

Home Minister Imran Abdulla is on the receiving end of stern criticism following comments made on the safari rape case. The Minister, in a radio talk show, said that the incidents on the safari were not rape but something minor that could have happened in any public place.

His statements were condemned by lawyers who questioned the Minister’s integrity and called for action against him before stating explicit details of the incident in a letter to the Speaker of the Parliament Mohamed Nasheed.

Home Minister Imran Abdulla had later apologized for the remarks before stating that his remarks were misconceived.