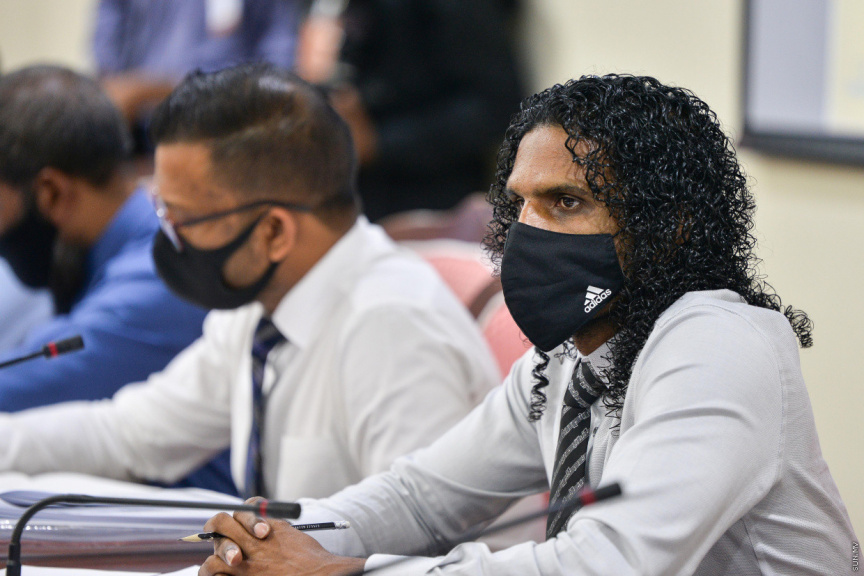 The Supreme Court, on Wednesday, denied the request for an injunction to bar Dhaandhoo MP Yauqoob Abdulla from attending the Parliament pending the outcome of a case lodged with the court, which challenges the legitimacy of his parliamentary seat.

Questions over the legitimacy of Yauqoob’s parliamentary seat arose after he accepted an appointment to the council of the Institute of Chartered Accountants of the Maldives (ICAM), despite a provision on the Maldivian Constitution which prohibits parliamentarians from holding office in an independent commission or an independent office.

They also asked the court for an injunction to bar Yauqoob from attending the Parliament pending the outcome of the case.

However, the Supreme Court bench overseeing the case decided on Wednesday not to issue an injunction, citing lack of damages to the appellant even if the inunction isn’t granted.

Both sides presented their arguments during this Wednesday’s hearing, with Yauqoob’s representative insisting that Yauqoob hasn’t done anything which would warrant him losing his parliamentary seat.

Haleem and Ashraf filed their petition citing violation of Article 8 and Article 73 of the Maldivian Constitution.

Article 73 (d) Unless otherwise specifically provided in the Constitution, a member of the People’s Majlis shall not continue to hold office in:

Yauqoob’s representative argued that serving in an office as declared under Article 73 is not grounds for losing his parliamentary seat, and that that had not been the intended purpose in enacting the provision in question.

Yauqoob’s representative asked the court to declare there is no reason for Yauqoob to lose his parliamentary seat.

Yauqoob had announced his resignation from ICAM shortly after he came under fire for the decision.

The bench concluded Wednesday’s hearing after listing questions they wish for the two sides to answer during the next hearing.

US Secretary of State to visit Maldives on Oct. 28