Committee votes to remove restriction on freedom of assembly in Male’ 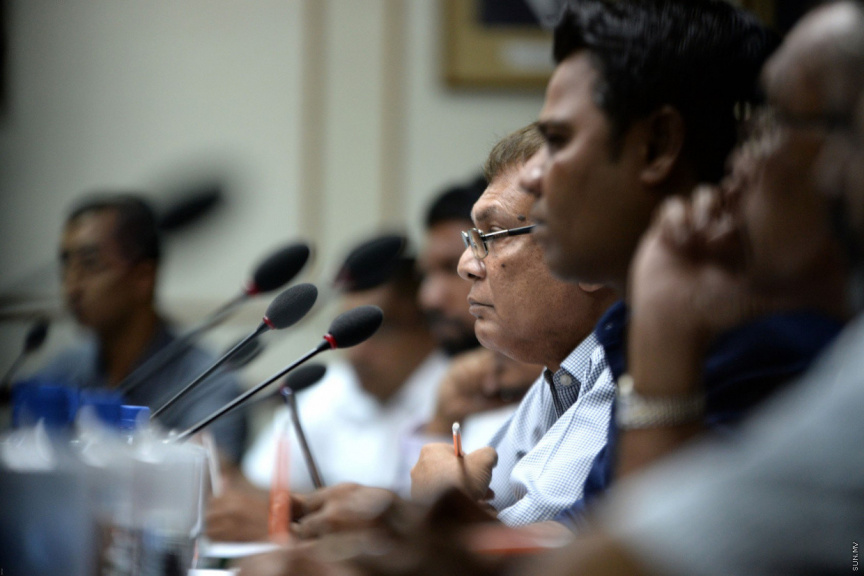 The Parliament’s National Security and Foreign Relations Committee has voted in favor of revising the Freedom of Assembly Act to remove a restriction which bars the exercise of freedom of assembly in Male’ City without prior written permission.

The bill to repeal the restriction on freedom of assembly was submitted to the Parliament by DRP leader, Kaashidhoo MP Abdulla Jabir last year. He later withdrew the bill, but the Parliament established that a bill under revision at a committee cannot be withdrawn.

After months of indecision, the committee completed the work on the bill during a meeting this Wednesday, passing several revisions to the Act.

The biggest revision is to repeal the amendment made during the former administration which requires prior permission to exercise freedom of assembly in Male’. The revision was proposed by Kendhikulhudhoo MP Ahmed Easa, and seconded by Inguraidhoo MP Hassan Ahmed. The revision passed with the unanimous consensus of the committee.

The restriction, when it was made during the former administration, was seen as an attempt to silence dissent. With the restriction, public assemblies in locations in Male’ other than those specified by the Home Ministry requires prior written permission from the police. The sole location declared by the Home Ministry, where unannounced public assemblies are permitted is the Alimas Carnival area in the Henveiru district.

The revision passed by the committee this Wednesday will allow for the exercise of freedom of assembly in all locations in Male’ except for the green zones.