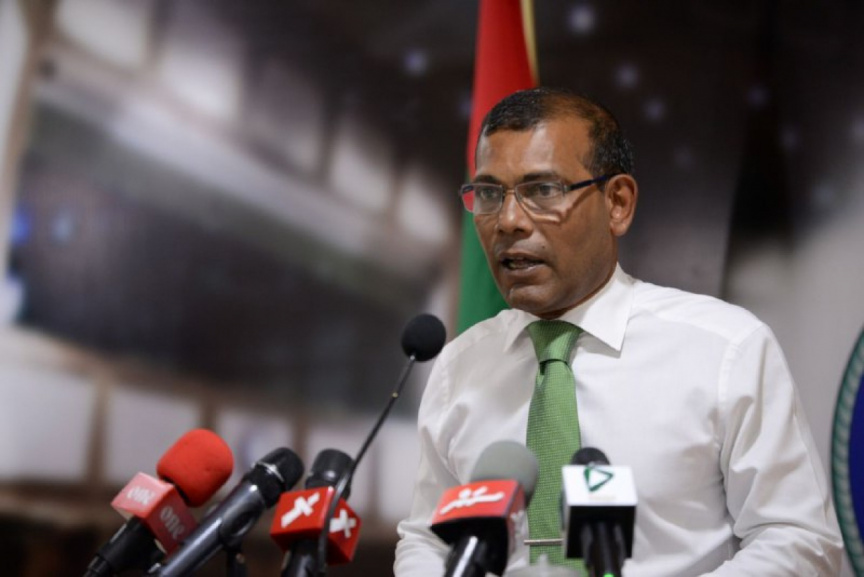 Speaker of the parliament Mohamed Nasheed has advised against parliamentarians calling cabinet members for projects in their relevant constituencies.

Nasheed was speaking in today’s parliament sitting where Home Minister Imran Abdulla was present for questioning when he made the remark.

Nasheed’s remarks came after Dhiggaru MP Ikram Hassan expressed discontent that the Minister had not responded to his phone calls regarding activities and projects in his constituency. The MP also questioned whether the Minister had to be summoned to the parliament every time to clarify information.

Nasheed then stated that such information by MPs is to be clarified through the parliament.

“We pledged to work in collaboration with the government, however, the link has to be established through this parliament.” Said Nasheed.

Nasheed said that his statement was because allegations of disparity and inequality among constituency may arise if Ministers responded to phone calls to by MPs based on their close relations or friendliness.

Nasheed said that this was not the system of the government whereby favors or friendly connections led to certain activities or projects.

Minister Imran regarding the questions said that he responded to concerns by MPs as much as he can. Some MPs have previously expressed concern that there was disparity by some Ministers towards constituencies due to close connections.

Nasheed hints at a constitutional referendum before '23

'Majority believes courts are being reformed'