Minister Ameen: I did not provide false information to parliament 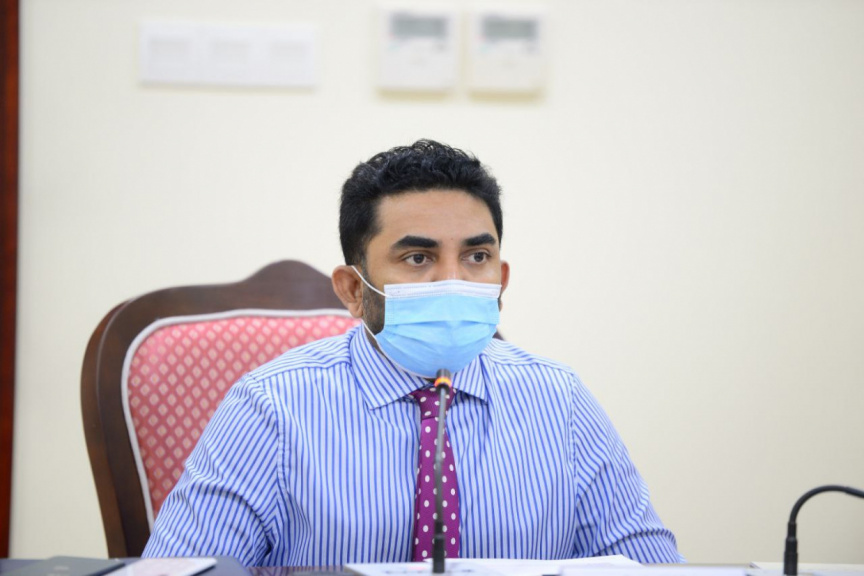 Health Minister Abdulla Ameen has said that he had not misinformed the parliament regarding the procurement of ventilators.

“The Minister of Health submitted the documents showing communications with the WHO to Ministry’s bid committee. I requested the WHO representative for a way to procure ventilators due to the difficulties in sourcing the equipment.” Said Minister Ameen.

Information by the WHO representative was then shared with the Ministry staff who attempted to assure the information from the WHO. The Minister said that documents had shown communication between the bid committee and WHO as well.

Minister Ameen reiterated that communications between him and the WHO representative were in an official capacity and the fact that an exchange of documents was not carried out most appropriately did not mean that communications were ineffective and unofficial.

The Ministry had said that the awarded contract without a performance guarantee was upon the recommendation of the WHO, which the audit report found no evidence of. The audit report also read that the ventilators procured were of lower quality and did not meet the standards, requirements, or quantity requested.

Minister Ameen was one of 11 Health officials against whom the ACC had requested charges. However, the case was rejected by the PG citing a lack of evidence.