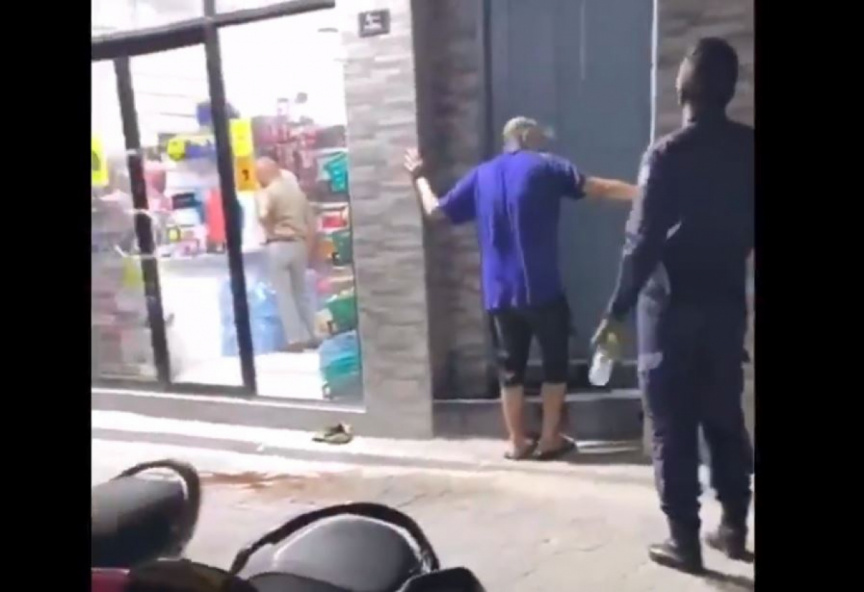 A police officer next to a publicly intoxicated man in a street in Male' City on October 2, 2020.

An expatriate worker from India who mocked the religion of Islam while publicly intoxicated in a street in Male’ City earlier this October has been deported from Maldives.

The incident had taken place at Abadhah Fehi Magu, a street in the Henveiru district of Male’, at approximately 10:00 pm on October 2.

The man, a medical doctor who worked at a private clinic in Male', was visibly intoxicated. He mocked the religion of Islam, and challenged the police, claiming he had influence over the local courts.

He was arrested the same night, but was later released when presented before the court for his remand hearing.

The police announced on Monday that the man in question was deported from Maldives on Tuesday, October 13.

Video of the incident went viral over social media, sparking widespread outrage and demands for swift action from local authorities.