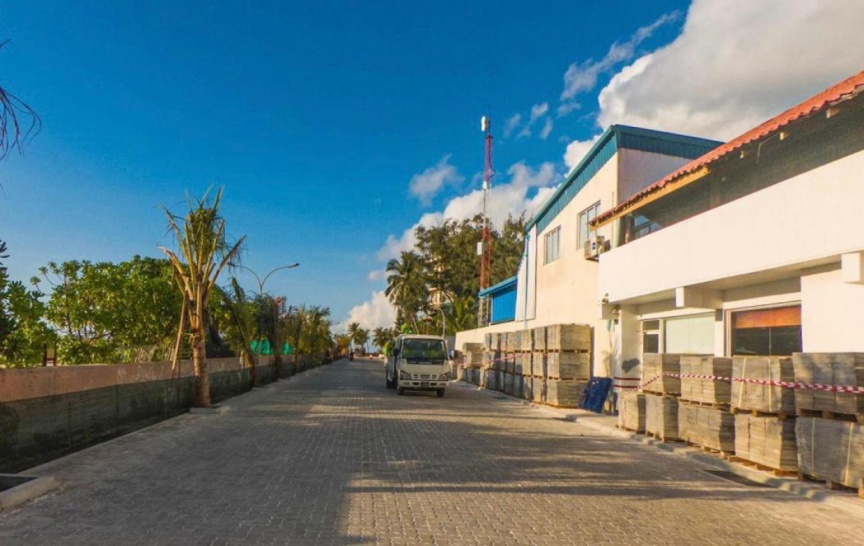 Road Development Corporation (RDC) says it expects to complete the pilot phase of Male’ City Streetscaping Project, launched to modernize the streets of the congested Maldivian capital, within December.

The project was contracted to RDC in February. MRDC had originally expected to be able to complete the pilot phase by the end of July.

RDC’s Managing Director Moosa Ali Manik told Sun that the COVID-19 pandemic had hit shortly after the project was contracted to the company, resulting in delays in the project.

Moosa said that many of the material needed for the project has to be imported from overseas, and that the disruptions to travel due to the pandemic had a significant impact on the pace of the project.

However, with the ease in the challenges, RDC has now resumed work on the project, he said.

The pilot phase focuses on streets in the western end of Male’; the West Park area in Maafannu district, Kanba Aisa Rani Hingun, and adjoining streets.

“We now expect to be complete the pilot project by the end of December 29. The pilot phase mainly involves seven streets. That is 2.05 kilometers of streets. The scope of the project mainly extends to building settlement tanks, curbstones, cable junctions, building pedestrian walkways using blocks, installation of a water management system, building carriageways, and installation of road marking and street lighting,” he said.

Moosa said that the streets which have been completed under the pilot phase are also some of the most problematic streets in Male’. He said that RDC has received positive feedback from residents in the area, saying that there hasn’t been any flooding this rainy season as had been previously experienced.

Moosa said that repeatedly digging up streets poses a problem, and that the project is designed to ensure that digging up the streets is unnecessary for a long time.

“The issues arise due to it becoming necessary to dig up the streets. We are carrying out this project by exploring all options to avoid digging up the streets of Male’ again for at least 30-40 years,” he said.

The main areas the project aims to tackle are:

The full project is valued at MVR 462 million, and was originally expected to be complete within two years.

‘PPM & PNC have a hand in RDC headquarters break-ins’

Thieves break in to RDC headquarters through roof