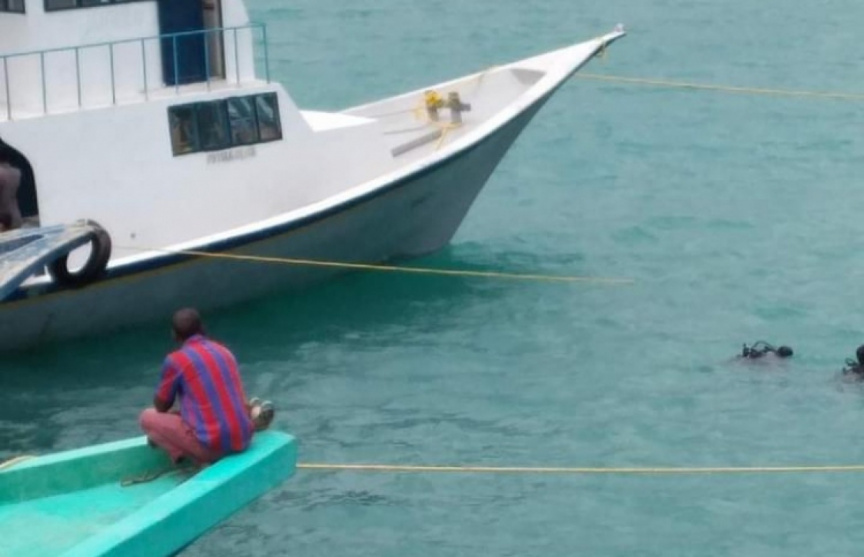 Police have seized more than 100 kg of drugs from a fishing vessel in the Hulhumale’ harbor.

Police are now at the scene. The exact amount of drugs seized remains unclear right now. However, sources have confirmed that more than 100 kg of drugs were seized from the boat. Some people on board the vessel have also been arrested as police search the boat.

Commissioner of Police Mohamed Hameed later tweeted that more than 100 kg of drugs were seized from the boat including methamphetamine and heroin.

The drug bust comes on the heels of another police operation just two weeks ago that saw more than 90 kg of drugs inbound to Addu City seized.

Police also arrested 14 individuals in relation to the bust which included a supposed drug kingpin from the island.