Speaker Nasheed: I am not a member of the government 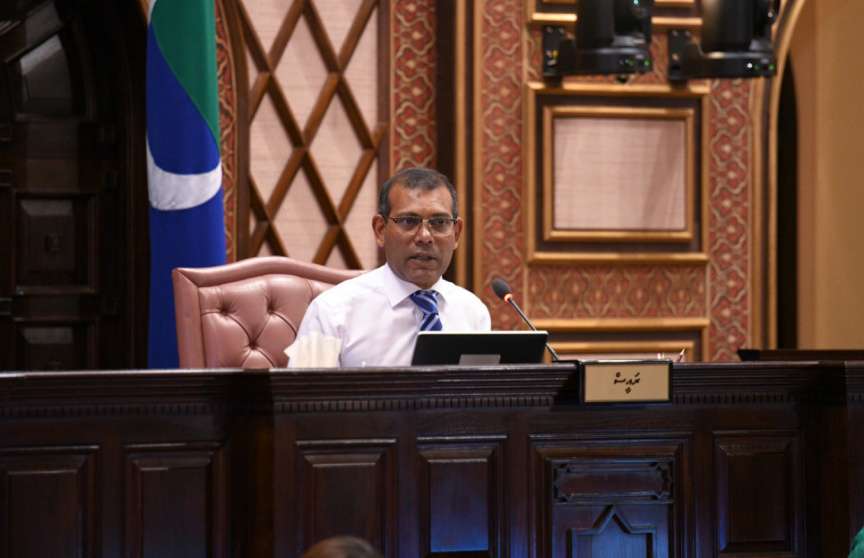 Speaker of the Maldivian Parliament Mohamed Nasheed has stated that he is not a member of the current government and had no relations with the administration.

Nasheed was speaking regarding a remark by MP for Maavashu Mohamed Saeed in today’s parliament sitting when he stated so. MP for Maavashu said that remarks by the Speaker regarding the free trade agreement with China were made on behalf of the government.

His statement follows criticism made by Nasheed towards the government. Allegations that Nasheed is behind a vote of no confidence against Economic Minister Fayyaz Ismail have also been made.