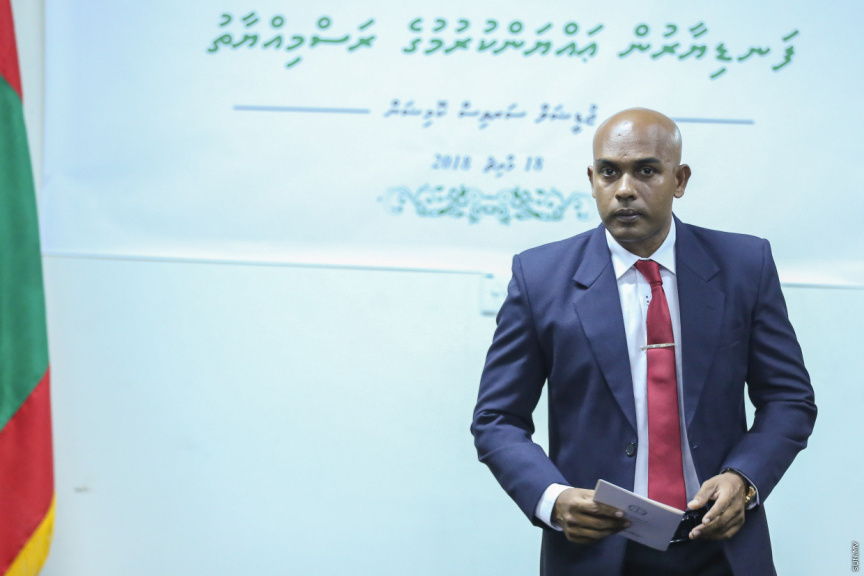 Former Controller of Immigration Hassan Ali’s passport has been held in connection to the case of missing journalist Ahmed Rilwan.

Hassan Ali is accused of formulating forged documents to show that Rilwan traveled abroad. The Presidential Commission on unknown Deaths and Disappearances (DDCOM) which is investigating the case confirmed that Hassan Ali’s passport was held, without providing any further information.

The DDCOM in a presser last year had stated that the passports of individuals involved in the case had been withheld, but did not specify who the individuals were.

Hassan Ali is accused of formulating fake travel documents in cooperation with two intelligence officers of Police while serving as the Controller of Immigration in 2014. Hassan Ali had also served as a High Court Justice later on.

He was suspended by the Judicial Service Commission (JSC) from his post at the High Court due to the case. Hassan Ali later resigned without responding to the inquiry by the JSC into the matter.

The DDCOM investigation had found out that the former Controller had conspired with two intelligence officers of police to show that Rilwan had traveled abroad to fight in extremist wars.