President: World has lost a great reformer, diplomat and peacemaker 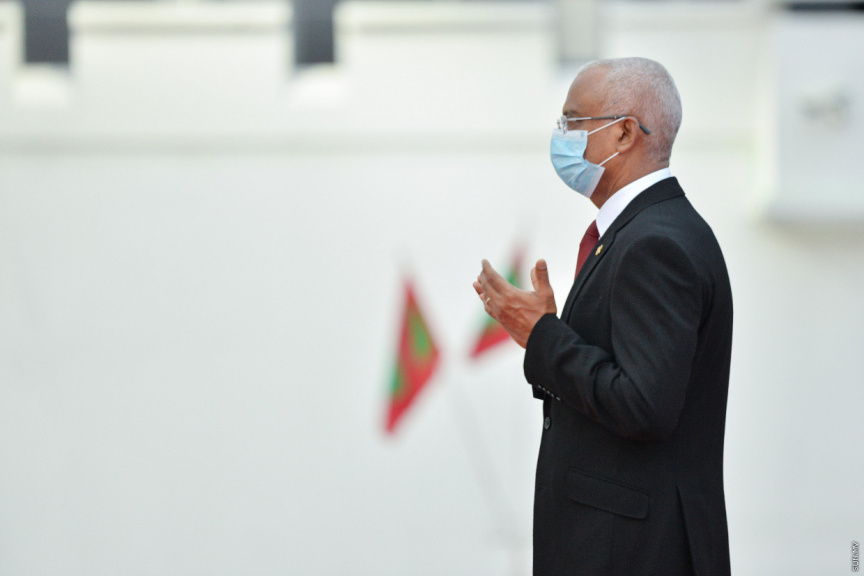 Maldivian President Ibrahim Mohamed Solih has conveyed his condolences on the passing of the ruler of Kuwait, Sheikh Sabah Al Ahmad Al Sabah, on Tuesday, describing him as a great reformer, diplomat and peacemaker.

“Saddened at the passing of Kuwait’s Emir HH Sheikh Sabah al-Ahmed al-Jaber al-Sabah. The world has lost a great reformer, diplomat and peacemaker,” said President Solih, in a tweet on Tuesday evening.

He extended his sympathies to Crown Prince Sheikh Nawaf Al Ahmad Al Sabah – who is expected to succeed his late half-brother Sheikh Sabah as the ruler of Kuwait – as well as the rest of the royal family and the people of Kuwait.

President Solh has proclaimed that the Maldivian national flag is to be flown at half-mast for three days in honor of the late Sheikh Sabah.

On behalf of @MRM_Office I offer sincere condolences to the government and people of Kuwait on the passing of Emir Sabah al-Ahmed el-Sabah. His Highness was an exceptional friend of Maldives. May Allah bless his soul and grant him Paradise! @MOFAKuwait @presidencymv

إِنَّا لِلَّهِ وَإِنَّا إِلَيْهِ رَاجِعُونَ
A thought of comfort and condolences to the family and friends of Kuwait’s Emir HH Sheikh Sabah al-Ahmed al-Jaber al-Sabah and the people of Kuwait. May Allah grant him Jannatul-Firdaus. Today we moan the loss of a great leader.

Sheikh Sabah had fallen ill in July 2020, leading to a quick hospitalization and surgery in Kuwait City. However, Kuwaiti authorities have not specified the cause of his illness.

Sheikh Sabah became Emir on January 29, 2006, after the then-Emir Sheikh Saad was removed from power by the Parliament over health concerns after a brief nine-day reign.

A longtime widower, Sheikh Sabah was 91 at the time of his death. He is survived by two sons.

President urges all govt. employees to get vaccinated

'Vaccines are our pathway to resume normal life'