HEOC: Spread of COVID-19 in Hoadedhdhoo from single source 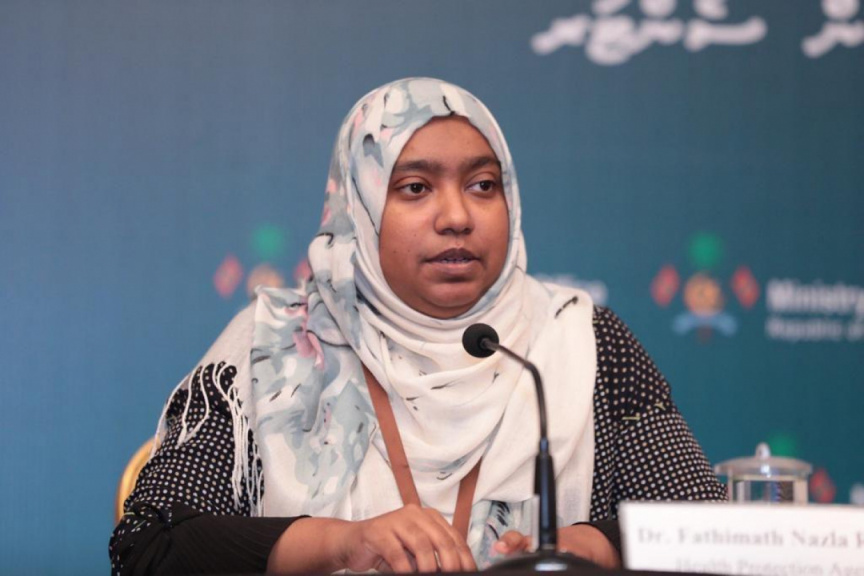 Health Emergency Operations Center (HEOC) has stated that the recent local transmission of COVID-19 in the island of G. Dh. Hoadedhdhoo was from a single source.

In a press conference last night, HEOC officials said that there was no evidence of any quarantine violation by those in home-quarantine on the island. HEOC spokesperson Dr. Nazla Rafeeq said that police and health authorities had investigated the spread of the virus in the island.

“We have no proof that someone in home quarantine violated the rules. However, all of the cases we have seen so far, are from the two independent cases found there, from contacts of those two cases. So, there is a chain of transmission. So, it is a local spread.” Said Dr. Nazla.

The first case of the virus in Hoadedhdhoo was identified on September 3. They were four individuals in home-quarantine.

Two others with no links to the previous four cases later tested positive for the virus upon testing.

Others in contact with these two independent cases later tested positive for the virus. A total of 45 cases of the virus were identified from the island.