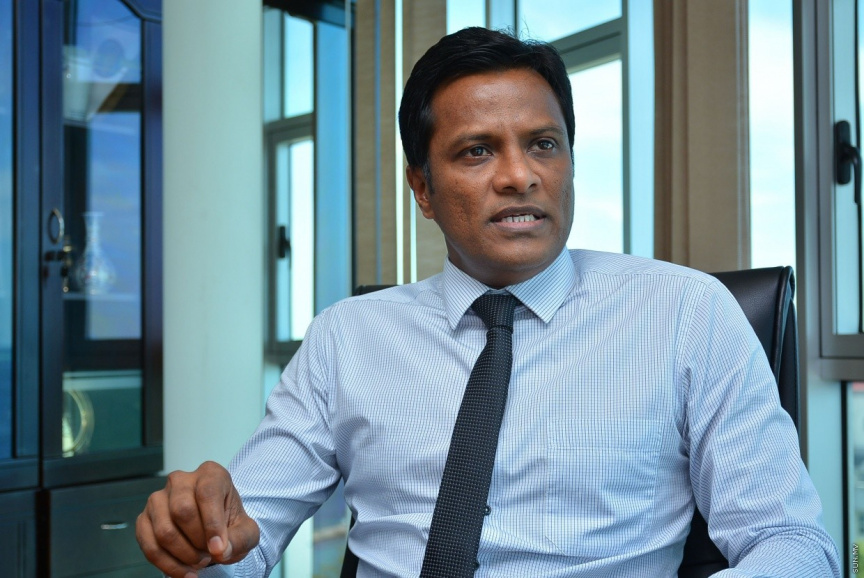 Former Home Minister Umar Naseer has been summoned for questioning by the Anti-Corruption Commission (ACC) for its investigation into corruption allegation linked with a project for the electronic tagging of criminal offenders.

In a statement via his Facebook account, Umar said that he was brought in for questioning by the ACC on Wednesday.

He described the electronic tagging project as the most important work he had undertaken in his time as Home Minister, as well as the most challenging.

Umar said that he had faced opposition from “powerful forces” over the project, but had managed to successfully roll out the project despite the political, legal and administrative efforts they made to prevent it.

He said that the project was designed to save the state millions in expenses, but that none of his successors had continued with the project, after he resigned.

“This is a key project which will save the state MVR 30 million, solve prison overcrowding, and facilitate the reintegration of offenders into the community. This is an important system adopted by all developed nations,” he said.

Umar also denied any wrongdoing in award of the contract for the project to a private company.

He said that the contractor was selected following a competitive and open bidding process, and had quoted the lowest rate.

He said that given that, and that the Home Ministry has sought necessary approvals from Finance Ministry and consulted with ACC regarding the project, the audit report released by the Auditor General’s Office on the project identified no wrongdoing.

However, the 2016 audit report on Home Ministry recommends relevant investigative agencies to investigate the award of the contract, citing reason to believe that the process involved violations of the Public Finance Regulation.

Umar said that he has no personal interests vested in the contractor.

“We wrote to Anti-Corruption Commission asking  for their counsel prior to awarding the contract and they raised no issues.  Neither I myself, or any of my siblings, spouses or children has, or has ever had any interests in the local company to which the contract was awarded to,” he said.

Umar said that he supports and advocates for investigation of such cases, and action against those found in violation of the law.

He said that he had asked that he be punished if he engaged in any wrongdoing and to publicly clear him if he had not, when ACC had launched its original investigation into the case.

Umar, who was announced his intention of running in the 2023 presidential elections, said that the allegations against him were getting louder as the elections draws closer.

“Two different administrations over the past five years have looked to see whether I engaged in any illegal activity during my time as a minister. I note that after five years of this, and close to six years of this, they have found nothing but a ‘white rope’. But I’m certain that the volume of such songs with only get louder the closer it gets to the 2023 presidential elections,” he said.

According to the audit report, the contract was for 10 years, it was stipulated that Stalwart Maldives must establish services for the electronic tagging and monitoring of 300 offenders at a time within 100 days the advance payment is made.