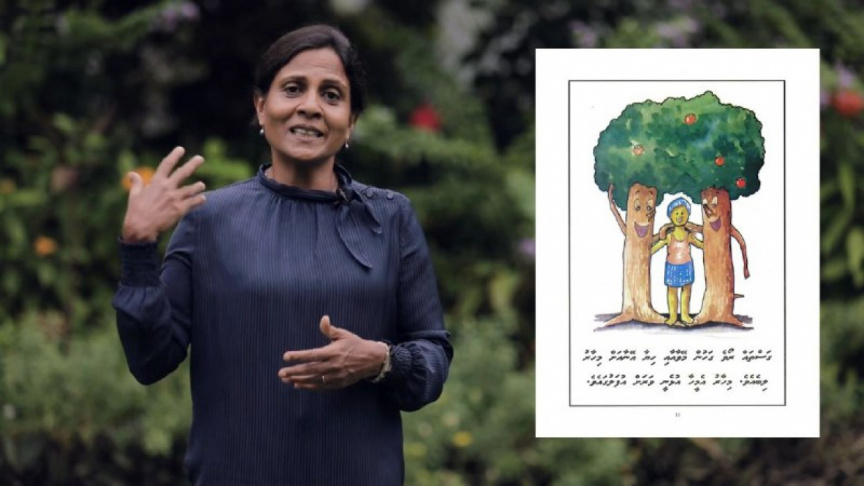 Maldivian First Lady Fazna Ahmed, on Wednesday, sought to garner awareness of the importance of sign language in the full realization of the rights of people with hearing and speech impairments, by telling a children’s story in sign language.

In a video message on occasion of the International Day of Sign Languages, Fazna appealed for everyone to learn basic sign language to promote greater inclusion of children and adults with hearing and speech impairments.

She made the appeal itself in sign language, and finished off by telling a short children’s story titled “Man and Trees”.

International Day of Sign Languages in celebrated on September 23 along with International Week of the Deaf, the same date that the World Federation of the Deaf (WFD) was established back in 1951.

It recognizes the importance of preserving sign languages as part of linguistic and cultural diversity. It also emphasizes the principle of “nothing about us without us” in terms of working with deaf communities.

Local, national and international leaders have been challenged to show their support for sign language rights by participating in WFD’s #GlobalLeadersChallenge, and signing the theme in their national sign languages.