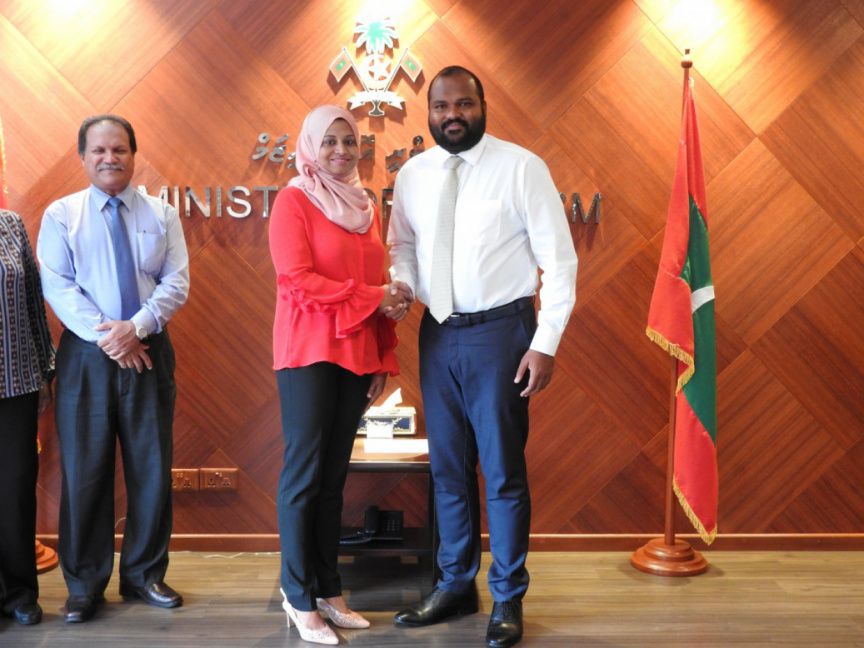 A letter signed by 26 employees from Tourism Ministry has been filed with the Civil Service Commission (CSC), asking for an investigation into complaints against Tourism Ministry’s Permanent Secretary Aishath Susan Haneef.

The letter, addressed to CSC’s president Mohamed Nasih, was lodged on Tuesday. It was signed by 26 out of the 36 employees of the Tourism Ministry.

Sun has received a copy of the letter, which raises multiple complaints against Susan.

The employees who filed the letter questioned Susan’s competency, stating that she lacked knowledge regarding the tourism sector and failed to uphold her responsibilities as Permanent Secretary.“One year since she took over, the PS remains unaware of the ministry’s work and CSC regulations and guidelines. We note that due to lack of any awareness of the work of employees, the PS failed to evaluate the performance of employees when filling performance appraisal forms,” reads the letter.

The employees also accused Susan of discrimination, and creating strife between employees and several senior Tourism Ministry officials, as well as other tourism industry stakeholders.

“We also note that she delegated her work as a PS to other employees, and delegated employees with work outside of their responsibilities and in violation of CSC regulations,” reads the letter.

The employees accused Susan of “gross negligence” in matters pertaining to the rights of employees, stating that she overworked employees in violation of regulations, denied leave, and failed to provide necessary assistance.

“We therefore respectfully ask that you look into the complaints we have raised against the PS, and provide a speedy remedy to the issue,” reads the letter.

When asked for a comment, Tourism Ministry’s information officer said he is aware of the grievances against Susan, but is unaware that a formal complaint has been lodged with the CSC.

Susan was appointed as Tourism Ministry’s Permanent Secretary on July 27, 2019.