NDMA: Excess payments for food have already been recovered 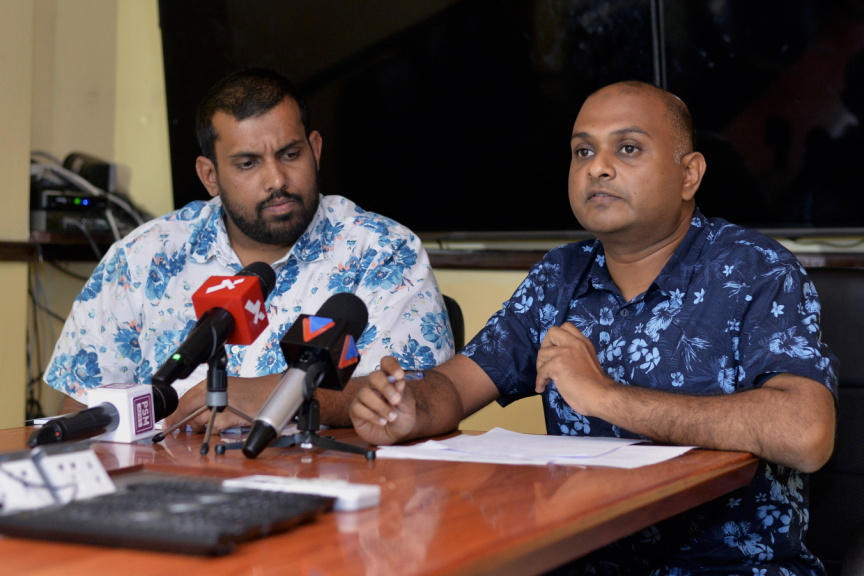 National Disaster Management Authority (NDMA) announced on Wednesday that the issue of food procured to prepare meals for people in quarantined facilities and transit facilities for stranded travelers in Male’ being supplied at inflated rates had come to its attention prior to the audit, and that the excess payments have already been recovered.

Auditor General’s Office released its compliance audit report on NDMA’s COVID-19 related spending from January to the end of June, on Tuesday.

The audit reveals the some of the food products to prepare meals for people in quarantine facilities and transit facilities were procured at inflated rates, well above the controlled rates set by the government for some of the products, and the market rates for others.

The report states that NDMA spent MVR 23,457 more than it should have to procure rice, sugar, flour, onions, and lentils.

In a press conference on Wednesday evening, NDMA’s Chief Executive Hisan Hassan said the issue had come to the authority’s attention long before the audit.

Hisan said the actual discrepancy reaches MVR 28,000, and that NDMA had already recovered the excess amount, long before the audit was conducted.

He said that the information was included in the audit without proper investigation, and that it was misleading.

“Upon identification of procurements at inflated rates, NDMA recovered these payments long before the audit report was released. Therefore, this shouldn’t have been mentioned on the audit report in the first place. I note with sadness that this was mentioned in the audit report without proper examination, and in a manner which is very much misleading to the public,” he said.

Hisan said that after NDMA identified the issue, it had improved the efficiency of the system for procurement of food for facilities to ensure that it doesn’t happen again.

Hisan noted that the market area was identified as a hub for infections soon after the community spread of COVID-19 was discovered in Male’, leading to large-scale suppliers being forced to close warehouses and shops, and face major difficulties.

He said that the supplier was granted the contract after consulting with relevant agencies and obtaining necessary approvals.

He said that the supplier accepted that the food was supplied at inflated rates and had returned the excess payment without any objection.

The audit report states that NDMA also procured some of the additional food supplies at well above the market rates, spending MVR 224,546 more than it should have on smoked tuna, cases of canned tuna, rihaakuru, milk powder, pepper, dried chili, fruits, soft drinks, raw tuna and chicken bacon.

It states that the calculations were made based on information obtained from the National Bureau of Statistics and various suppliers.

The Auditor General’s Office instructed that the excess payment made on products sold at controlled prices be recovered, and that necessary action be taken against suppliers who sold the products at inflated rates.

The Auditor General’s Office also instructed that procurements not be made unless at reasonable rates, after comparison between the quoted rates and market rates, even if procurements are carried out under single-source method.

Violation of controlled rates is punishable by a fine of up to MVR 100,000 if it’s the first violation, and by a MVR 100,000 fine and suspension of business for up to six months for repeat violations.