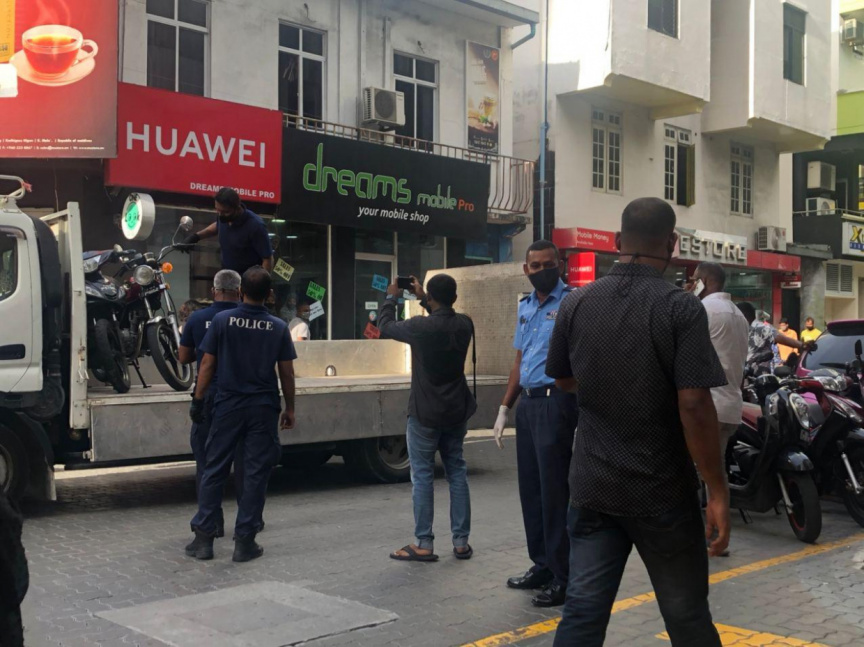 The police have intervened to disperse a motorcycle rally in Male’ City on Saturday, held in violation of health safety guidelines issued by Health Protection Agency (HPA) amid the state of public health emergency declared in the country over the coronavirus pandemic.

The rally, which began from the Maafannu district end of Majeedhee Magu, was promoted as a “motorcycle rally of the youth”.

However, Abdul Raheem has stated that the coalition was not involved in organizing the rally.

“We aren’t here with a political agenda. We are taking part in a motorcycle rally held by the youth to protest against selling this country to India,” he said.

41 protesters have been arrested by the police, while multiple motorcycles have been towed.

The police also issued verbal warnings stating they will not allow the motorcycle rally to proceed.

The rally is now being held on foot.

The rally comes after the police issued a statement warning legal action against organizers and participants of public gatherings held in violation of HPA’s guidelines earlier this Saturday.