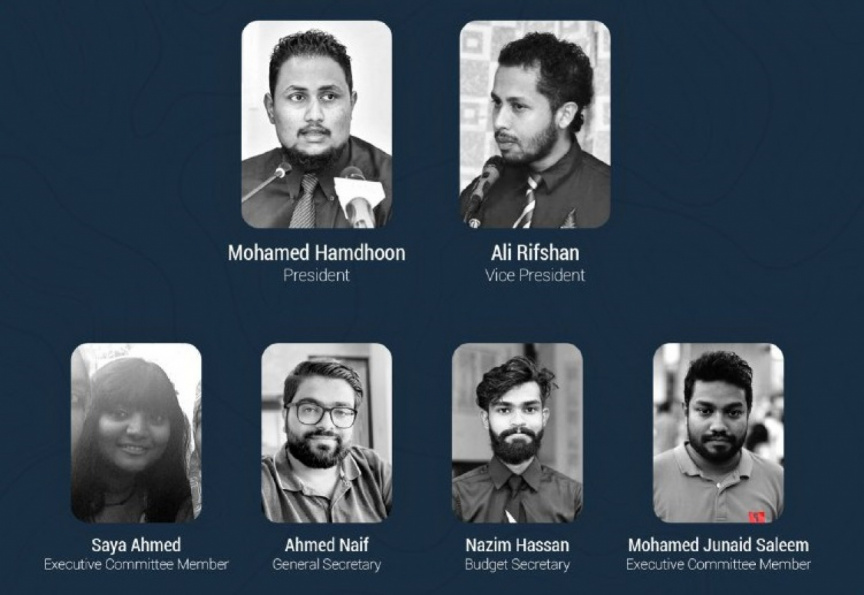 Mohamed Hamdhoon, the sports editor at Mihaaru, who previously served as a member of Maldives Media Council (MMC), was elected president. He won 66 votes, while his rival Azmee Ali, editor at Dhuvas, won 59 votes.

Al Rifshan, the managing editor at One Online, who also serves as a member of MMC, was elected vice president. He won 65 votes, while his rival Mohamed Sauzam, the editor at Voice, won 63 votes.

Ahmed Naif, the managing editor at Sun Online, who also serves as a member of MMC, was elected as the general secretary. He won 64 votes, while his rival Nima Hassan, a journalist at The Press, won 60 votes.

Nazim Hassan, a journalist at Jazeera Online, who was awarded Most Promising Journalist and Best Court Reporter by MMC, was elected budget secretary. He won 73 votes, while his rival Nazahath Ibrahim Rasheed, a journalist at Vaguthu, won 54 votes.

Meanwhile, Fathimath Saya, a journalist at CNM, and Mohamed Junaid, a freelance journalist, were elected as representatives of ordinary MJA members on the executive committee. They were elected in yes or no votes taken for all contenders. Saya came out top with 64 votes, while Junaid came second with 63 votes. The other contenders were Adam Nawaz, the editor of Vaguthu, and former Velidhoo MP Abdulla Yameen Rasheed, the managing director Dhivehi Channel. Nawaz won 57 votes while Yameen won 53 votes.

MJA was founded in 2009. The association addressed challenges facing journalists, advocated for the rights of journalists, and facilitated training and education programs.

A functioning executive committee was last elected to MJA nine years ago, in 2011. While an annual general meeting was held to elect an executive committee in 2014, MJA’s operations ceased in the aftermath of the disputes which took place in the meeting.

The meeting to elect the executive committee on Saturday comes after the Youth, Sports and Community Empowerment Ministry ordered MJA to hold an annual general meeting by September 13 or face dissolution.

Death threat made on Vaguthu journos via social media

Evidence Act has comes into effect