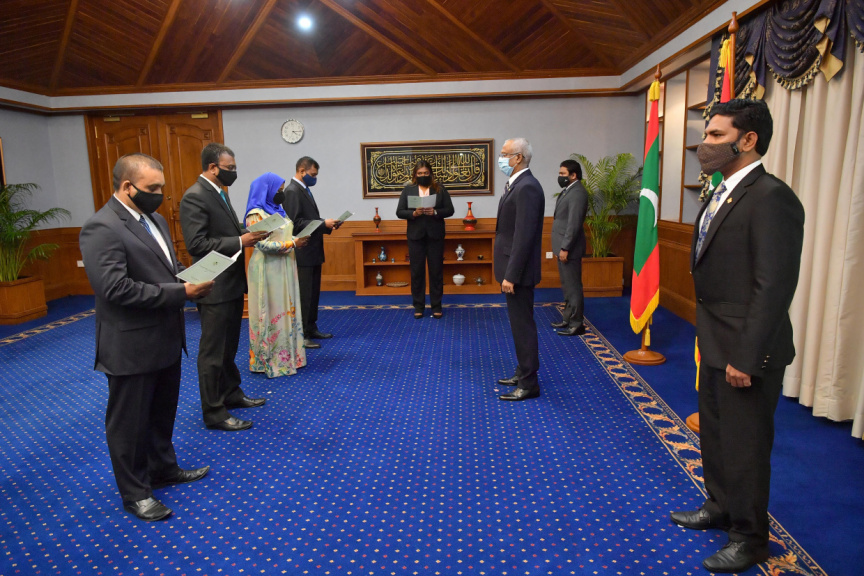 The four members are:

They were presented with their letter of appointment in a ceremony held at the President’s Office on Thursday afternoon. Their oath was administered by Supreme Court Justice Aisha Shujoon Mohamed.

Fathimath Shareef, Ibrahim Rasheed, Mohamed Farushath and Mohamed Nasih had secured the backing of the Parliament for their appointment to CSC earlier this week.

They fill the vacancies left in the wake of the resignation of CSC’s former president Dr. Ali Shameem, former vice president Shaheed Mohamed and former member Zakariyya Hussain, and the impeachment of former member Ibrahim Shaheeq in July.

CSC member Amira given five days to respond in writing