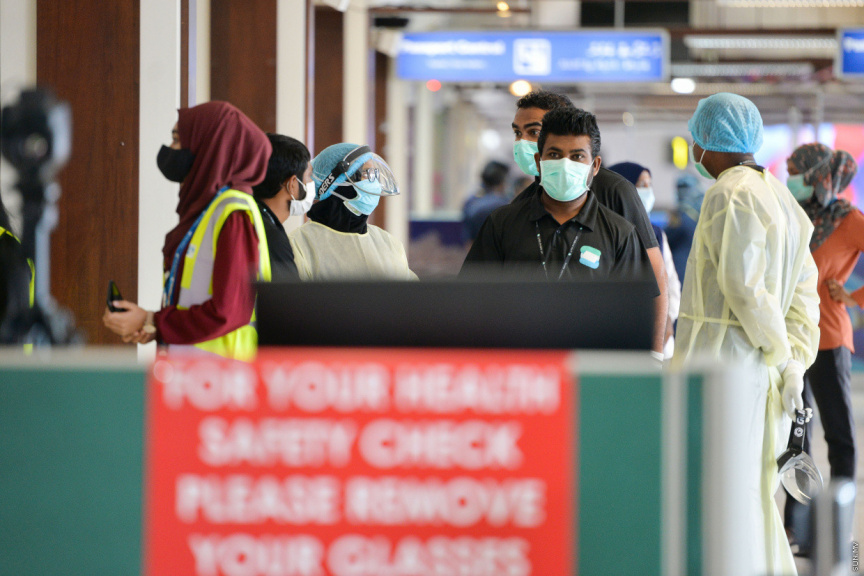 The receipt of the ACI Airport Health Accreditation was announced by Maldives Airports Company Limited (MACL), which manages VIA, in a statement on Tuesday.

“After consistent measures in our fight against COVID-19, we are happy to announce that Velana International Airport (VIA) has received the much awaited “Airport Health Accreditation” by Airport Council International (ACI),” announced MACL in its statement.

VIA is the second airport in the Asia Pacific Region to receive ACI Airport Health Accreditation.

He congratulated Stewart and the team at MACL on the achievement.

MACL said that the VIA achieved the certification by completing a tight assessment by ACI in alignment with the guidelines for health measures established by ICAO, CART, EASA, and ACI recovery guidance, including ACI EUROPE’s Guidelines for a Healthy Passenger Experience at Airports.

“This achievement proves that health and safety measures we are practicing at VIA are in alignment with international best practices ensuring health and safety of our passengers, employees and other airport stakeholders,” said Stewart.

He said that safety is the utmost priority at VIA.

“Safety is our utmost priority and we never compromise on any of our set standards. To have successfully passed the strict audit by ACI demonstrates that our airport is a safe place to visit. This achievement will no doubt build our passenger confidence and also this would be a boost to destination Maldives,” he said.

Stewart credited the achievement to the consistent efforts of the team at MACL and stakeholders, and thanked all those who were involved in helping achieve the accreditation.

Opening of new seaplane terminal postponed to May

Guesthouses to reopen on October 15