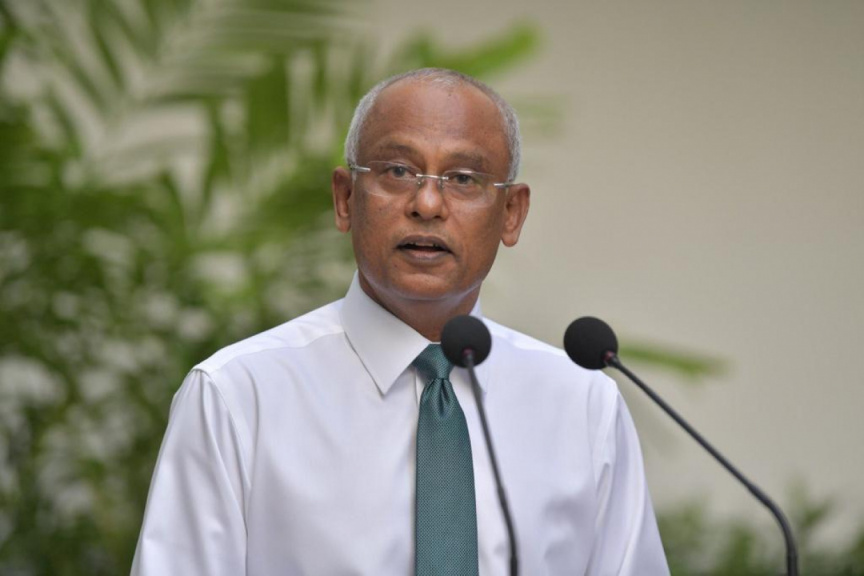 In a tweet on Monday evening, President Solih conveyed his condolences to Mukherjee’s family and the people of India.

He described Mukherjee as a public servant of the highest caliber, and said that his death was a tremendous loss not only to India, but the entire South Asian region.

Mukherjee served as Indian President from 2012 to 2017, prior to which he served as minister of finance, defense and foreign affairs for three separate prime ministers.

Mukherjee died at the age of 84 this Monday.

Mukherjee had emergency surgery for a blood clot in his brain on August 10 at New Delhi’s Army Hospital Research and Referral after suffering a fall. The hospital said he tested positive for COVID-19 after the surgery and his condition was critical. He remained in a coma after the surgery.

The hospital said his health began declining after a lung infection resulted in septic shock.

His death has been met from messages on condolence from Indian Prime Minister Narendra Modi and other top Indian government officials.