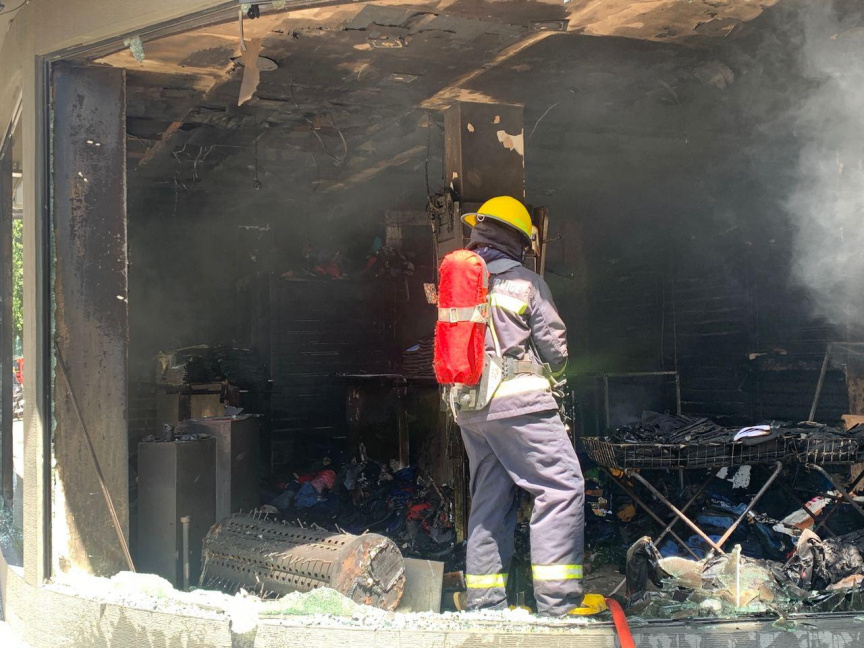 Firefighters working to douse flames in a fire incident that occurred in Male' City on August 30, 2020. (Sun Photo/Muzayyin Nazim)

A fire has broken out in a shop in Janavaree Magu in Male’ City.

The fire filled almost the entire road with smoke. MNDF stated that the incident was reported around 13:08. The fire occurred in a clothing shop named “Vestire”.

Journalists of Sun at the scene have reported that the fire was put out 13:30. Authorities have called on the public from visiting the area due to health hazards.

A massive fire occurred in Male’ City last Friday night that destroyed a café and caused heavy damages to a building,