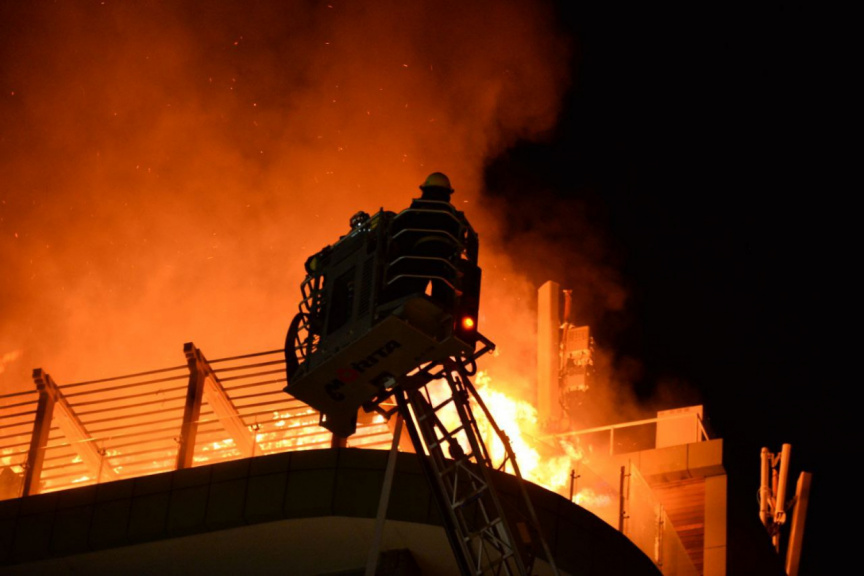 State Bank of India (SBI) said on Saturday that it experienced substantial damage in a fire that affected Gadhage’ Mohamed Fulhu Building (H. Sunleet), which houses the bank’s offices in Male’.

SBI has offices in five floors of the building.

In a statement on Saturday, SBI said that there was “substantial damage” to all five floors.

The exact value of damages remains unclear at this point.

“We are working with concerned authorities to resume the basic services by tomorrow subject to necessary clearances,” said SBI in its statement.

SBI has also apologized to its customers for the inconvenience, and promised to keep them updated.

The fire in Henveiru district of Male’ on Friday had originated from a café, but soon spread to the Gadhage’ Mohamed Fulhu Building located next door.

The building houses offices of both SBI and Ooredoo Maldives.

While no one was injured in the fire, the damage to property is estimated to be in the millions.