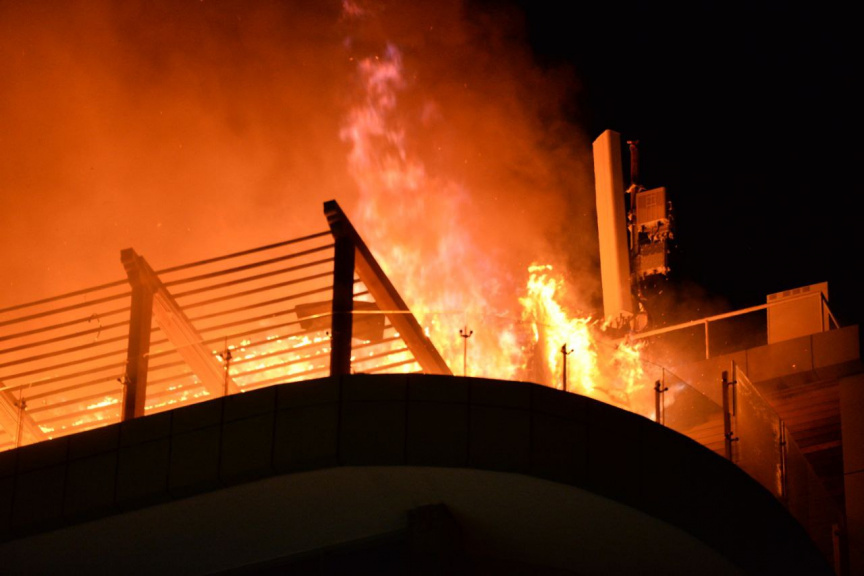 A large fire blazed in Male City, burning a Cafe and an adjacent ten-storey building.

This building houses the headquarters of State Bank of India (SBI) Male Branch, and Ooredoo Maldives.

The original source of the fire in the cafe has now been controlled by the authorities. Both floors of the two-storey building of the cafe is in complete ruins.

The fire spread to the adjacent H. Sunleet bulding and climbed all the way to the tenth storey terrace.

Defense Minister Mariya Ahmed Didi said the incident was reported at 2143hrs Friday night, and the fire was controlled by the Fire and Rescure Services by 2334hrs.

"We faced difficulty in accessing the ninth floor and above, which were behind large doors. These floors had residences of the owners of the building, who were living abroad. It took them a while to get through," the Minister said, speaking to the press.

The Minister said the people in the building and other adjacent buildings had a fair amount of time to vacate the buildings, and luckily no physical injuries were reported.