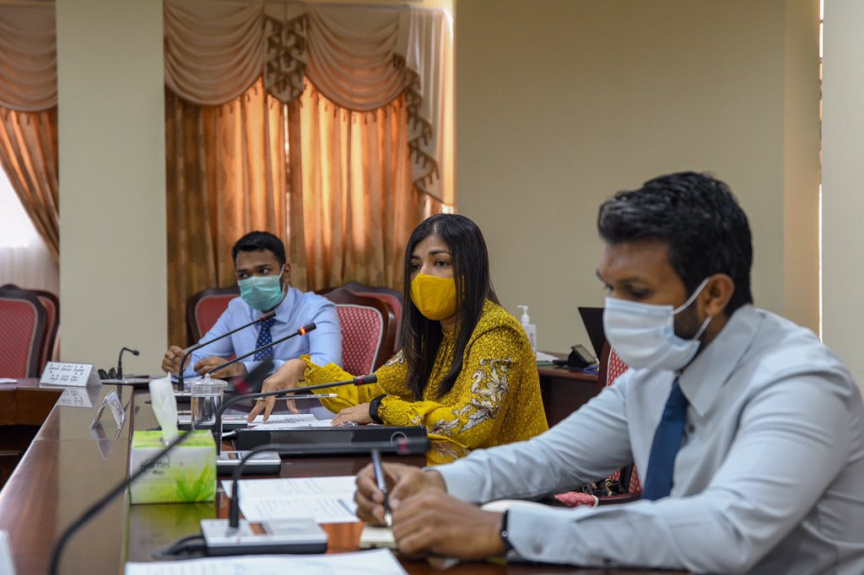 Members of the Parliament Committee on Independent Institutions. (Photo/Parliament)

Speaker of the Parliament Mohamed Nasheed has requested a review of how the list for Civil Service Commission (CSC) members was formed by the Parliament’s Committee on Independent Institutions.

The Committee had forwarded 13 names out of 41 applicants for the four vacant seats on the commission. Nasheed, in today’s Parliament session, said that the interest of an MP on the Committee was involved with a potential candidate for the seats. He requested the Parliament’s Ethics Committee to look into the matter.

Nasheed stopped short of identifying the particular MP and how the MP had a conflict of interest. Nasheed said that the public faith in the parliament was because the Parliament conducted itself in a transparent and honest manner. Appointing capable figures to the posts such as CSC was one of the major pledges of the parliament, said Nasheed.

“So, I am instructing, to resubmit the report to the house as soon as possible, after a review by the Ethics Committee, because I can observe conflict of interest when 41 applicants submitted applications for the post.” Said Nasheed.

MP Rozaina Adam, who chairs the Committee said that no MP with a conflict of interest had been involved in the interviewing process for the applicants. She added that the vote of a particular MP or MPs for or against a particular applicant had not affected in any names being selected as well. How the votes were conducted, was very much evident from the report, said MP Rozaina.

“The Committee worked very fairly, No one that is not capable for the post was forwarded to house.” Said MP Rozaina.