Hiyaa Project: Changes to allocation of units under different categories 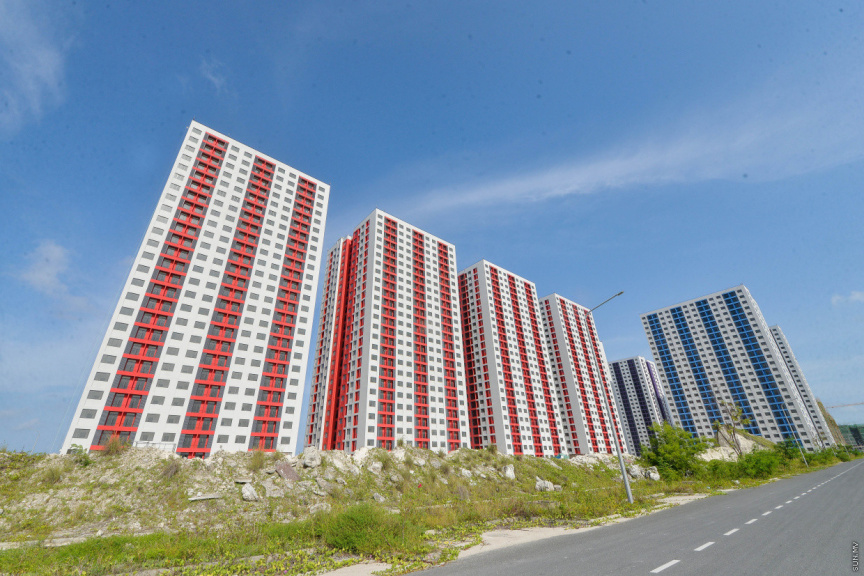 Housing Ministry has made changes to the number of housing units allocated under the different categories under the Hiyaa Housing Project.

The housing units built under the project in suburban Hulhumale’, which was initially set to 7,000, has been reduced to 6,720 units.

In an announcement on Monday, the Housing Ministry informed of changes to the allocation of the 6,270 two-bedroom units under the different categories.

THE CATEGORIES AND THE CHANGES:

Housing Ministry stated in the announcement that it does not include the 256 housing units designated for Male’ block redevelopment.

In a press conference earlier this Monday, Housing Minister Mohamed Aslam said the government made the decision to increase the number of housing units allocated for Male’ residents in order to prioritize resolving the housing crisis in Male’, given that the housing project is being run in the greater Male’ region. Aslam noted that a large number of people in the congested Maldivian capital to not have adequate housing.

Meanwhile, the committee established to review previous government housing projects has set receiving minimum 50 percent marks in the evaluation as a basic requirement for eligibility for housing units under the Hiyaa Housing Project.

The committee has released tentative lists of tenants under four categories, after disqualifying applicants who did not meet the requirements.

TENATIVE LISTS HAVE BEEN RELEASED FOR:

Total 111 applicants who were on the lists released by the previous administration for the four categories have been disqualified for failing to score above 50 percent marks.

The opportunity to file complaints regarding the tentative lists will be open until 03:00 pm on September 14. Complaints must be submitted to the committee’s virtual portal.

Meanwhile, the committee has discarded a previous basic requirement for eligibility, that the applicant or their family must earn a monthly income above MVR 7,000, citing that the requirement denies housing opportunities to those who need social housing the most.