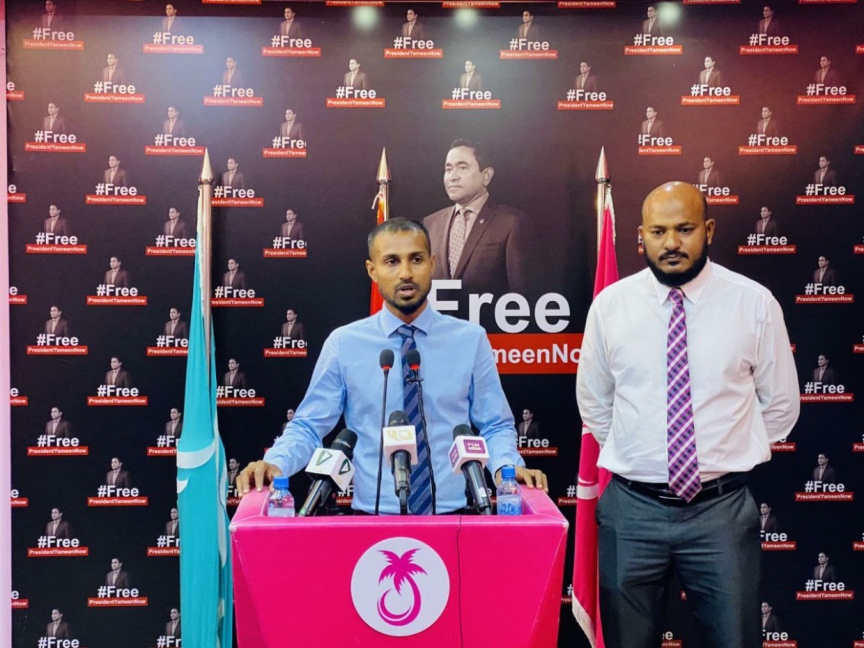 The opposition PPM/PNC coalition has announced plans to hold anti-government protests in residential islands outside of the greater Male’ region in the upcoming weekend.

In a press conference on Sunday evening, PNC deputy leader Ibrahim Shujau said the protest will be held from 04:00 pm to 06:00 pm on Friday, August 28.

He said that the protest will be peaceful, and is titled “The Protest in the Atolls against Selling off Maldives”.

They also said that additional reasons for the protest include the theft of public funds, the failure to pay a fair price to fishermen, and other such issues.

Shujau said that while the people may condone taking out loans to fund development projects, they will not stand to see loans taken by selling off their capital assets.

“It’s not a problem to take loans for national development, we welcome it. But no Maldivian citizen will accept foreign loan providers being given our capital assets in exchange for the loans,” he said.

Shujau said that former Maldivian President Abdulla Yameen Abdul Gayoom’s administration did not take loans by selling off the capital assets of the people.

Meanwhile, former Madaveli MP Muaz Mohamed Rasheed called out for ruling MDP members to join the protest and “perform their patriotic duty by speaking out against selling off the nation.”

The opposition had staged protests in the capital Male’ City in late July, but discontinued the protests following a surge in coronavirus cases.