Possible tidal waves could affect most of Maldives 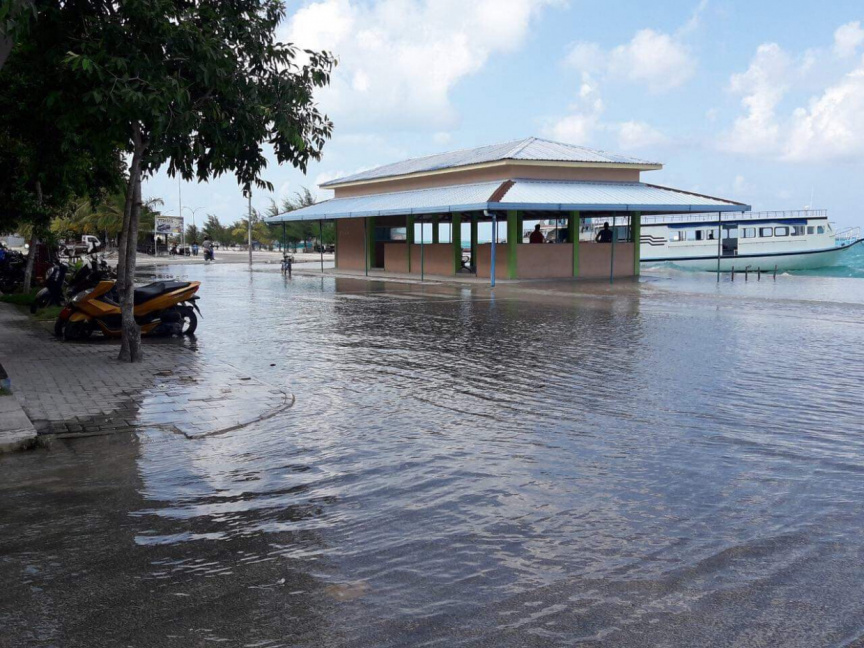 Maldives Meteorological Services (Met Office) has issued a white alert for a large portion of the Maldives due to possible tidal waves and storm surges during high tide.

The white alert was issued from K. Atoll in the central region of Maldives to Addu City, the southernmost atoll of the country. Met Office stated that the risk of tidal waves would last from 14:45 to 18:00.

The island of L. Kunahandhoo experienced tidal waves yesterday and the island saw a lot of damage to the agricultural lands as a result.

IGMH calls against misinformation regarding patients