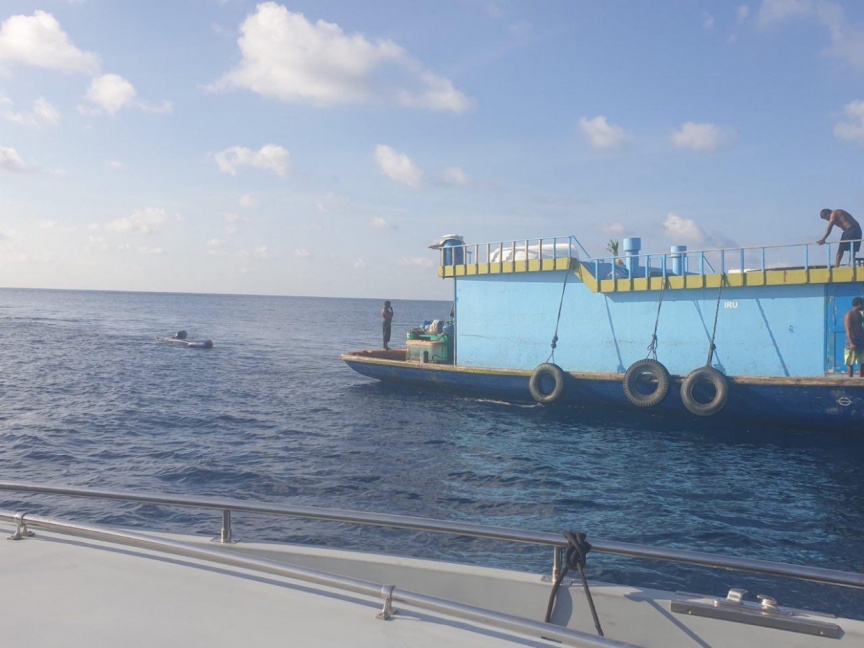 Photo shows the scene of a collision between a speedboat and a supply boat at sea on August 19, 2020.

A supply boat has crashed into a speedboat at sea near K. Maafushi.

The accident left one injured. Maldives National Defense Force (MNDF) said that reports of the incident was received around 6:50 in the morning. The supply boat which was carrying five individuals crashed into a speedboat named "Ali Shah".

The individuals on the speedboat were out fishing and one suffered injuries to the shoulder due to crash. The individual was transported to Male' City.

The speedboat involved in the crash has now capsized, according to authorities. MNDF are now in the area.