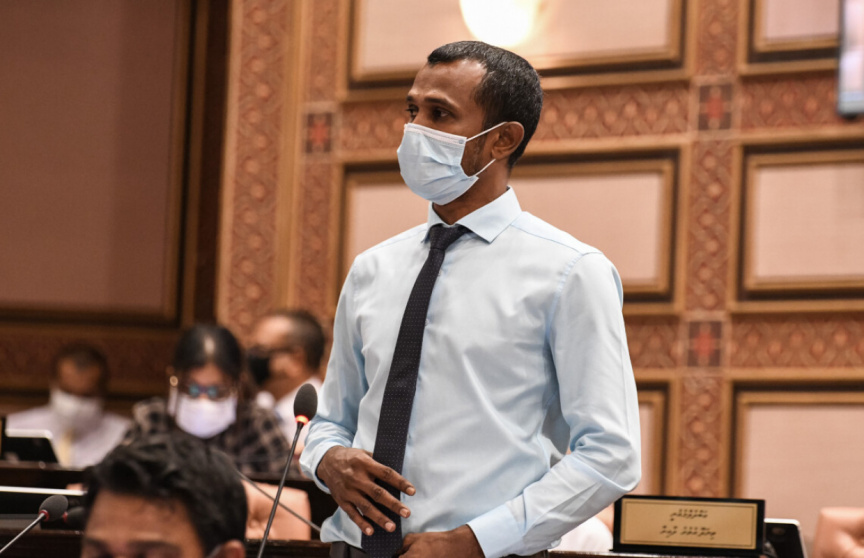 Progressive Party of Maldives (PPM) lawmaker Ahmed Toriq (Tom) presented a bill to the Parliament on Monday, designed to amend the Constitution to bar politicians from serving on Judicial Service Commission (JSC).

Tom, who serves as the parliamentary representative for Mahibadhoo constituency, said that the provisions on the Constitution regarding JSC’s composition have allowed for great influence from the legislative branch and the executive branch on the commission’s decisions over the last 12 years.

He said that it poses a threat to the independence and autonomy of the judiciary.

Tom said that the Constitution establishes that the three powers of the state must be separate and independent, but that the executive branch and the legislative branch is represented at JSC, which has the function of oversight over the judiciary, by politicians.

He said that cases investigated and decisions made by JSC with their involvement therefore include undue political influence.

“I therefore submit this bill under Article 82 of the Parliament’s Standing Orders to change the composition of Judicial Service Commission, based on principles used to establish the composition of judicial councils and judicial commissions in jurisdictions of developed nations, to establish an environment to allow Judicial Service Commission to function professionally and free of undue political influence,” he said.

JSC is currently composed of 10 members. They are:

His bill instead calls for JSC to be composed of the chief justice, a High Court judge, a lower court judge, a retired judge, a lawyer, a lecturer who teaches Islamic Sharia in a local university, and an expert from a field other than the legal field nominated by the president and approved by the Parliament.

The bill establishes that all JSC members, except for the chief justice must serve a five-year term, and that they cannot serve in the commission for an additional term once it expires.

The bill is designed to take effect the moment it is passed, ratified and published on the Government Gazette. And JSC’s laws and regulations must be amended and a new commission formed within 90 days after the bill takes effect.

The JSC is often described by the opposition as an additional political branch of the main ruling party, Maldivian Democratic Party (MDP).

MDP had criticized JSC’s composition and pledged to reform the composition when it had been the opposition.