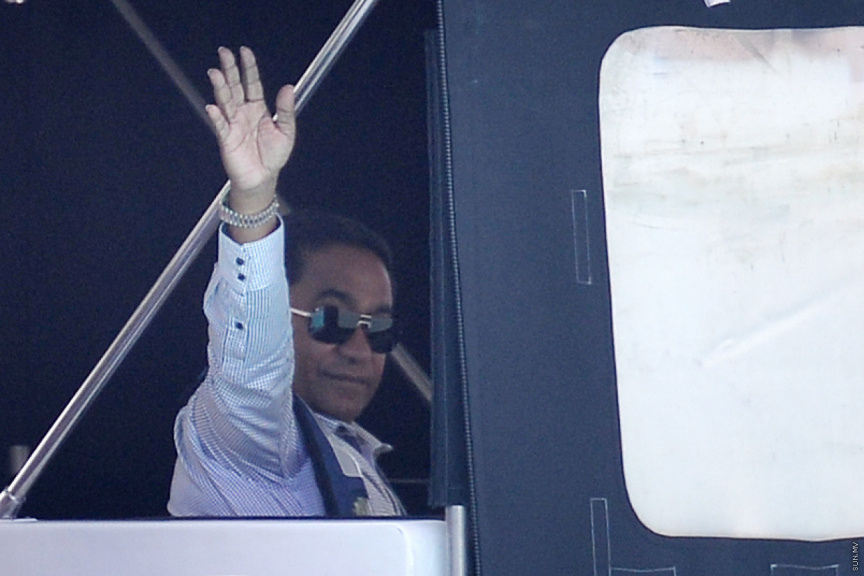 Former President Abdulla Yameen Abdul Gayoom waves as he is transported to Male' City for an appeal hearing at the High Court on January 28, 2020. (File Photo/Sun/Fayaz Moosa)

Opposition Coalition has expressed concern regarding a scheduled hearing of former President Yameen is to be held today, despite him not being allowed to meet with his lawyers for a prolonged period of time.

Yameen, already convicted and serving a sentence of five-years, is facing new charges in the Criminal Court today. They are bribery and money laundering charges in the transactions involving the lease of R. Fuhgiri.

A statement by the Opposition Coalition expressed concern that the hearings were scheduled for today, even though Yameen was not permitted to meet with his lawyers. The coalition said that almost a month had passed since the High Court ordered Maldives Corrections to permit the arrangements of lawyer-client meetings for Yameen. Opposition members also reiterated the request during a meeting with Home Minister Imran Abdulla.

Without heeding to any of these requests, the scheduled hearing was described as a political act and cruelty directed towards Yameen, read the statement issued by the opposition coalition.

It called to grant the rights provided under chapter 53 of the Constitution, and to carry out the aspects related to the case in a fair and just manner.

Home Minister Imran Abdulla, last night, refuted the claims by the opposition regarding the meetings. Minister Imran said that Correction's letters to lawyers had gone unanswered and that arrangements from the lawyer's side were not completed.