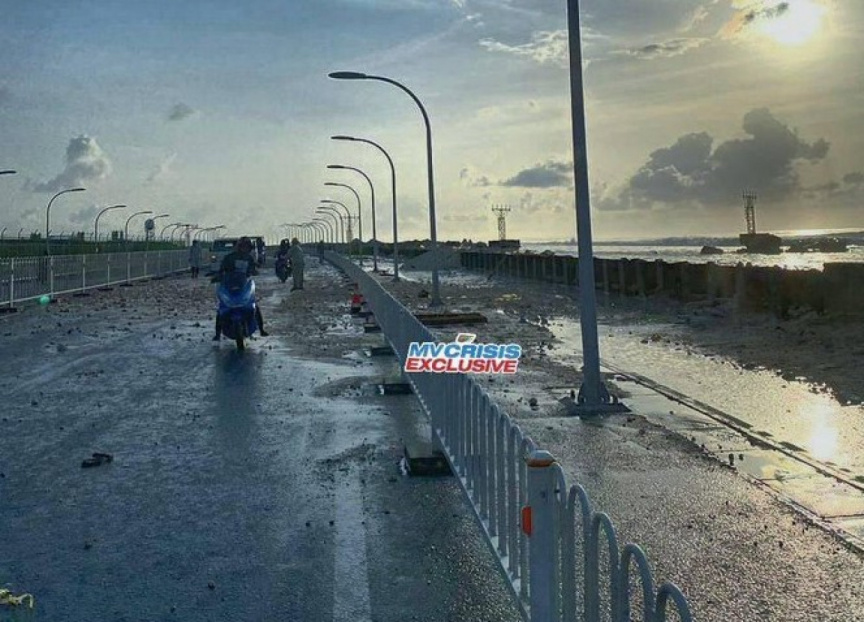 August 14, 2020: Hulhumale'-Male' side of the highway affected by severe tidal waves. (Photo/MV Crisis)

The Male’-Hulhumale’ highway has been affected by severe tidal waves.

The highway which was opened in 2018, was affected by tidal waves earlier today and had subsided to some extent now.

A motorist speaking with Sun, said that the Hulhumale’ to Male’ side of the highway was the worst affected. Small stones and sand as well as sediment which could cause accidents were deposited to the highway. The area has not yet been closed by authorities.

Other than the highway, the Bridge View area of Male’ City was also affected by tidal waves today. Met Office had advised caution for tidal waves and storm surges due to the spell of bad weather currently experienced in different regions of the nation.

NBAM advises against disembarking from safaris