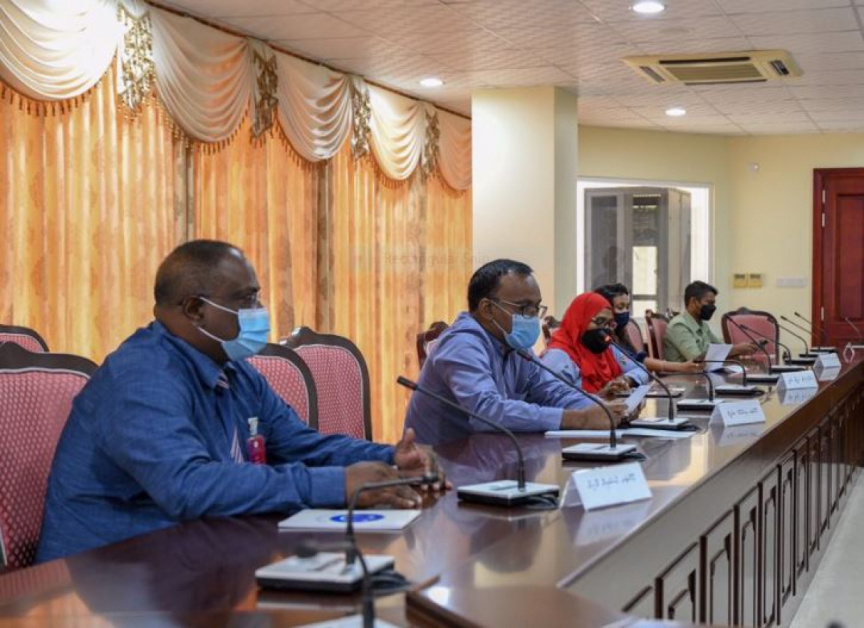 Medical doctors and health experts who previously served in senior positions within Health Ministry shared concern over the performance of the national public health system with the Parliament’s Social Affairs Committee on Saturday, stating that the system was “slowly failing.”

Social Affairs Committee has initiated a review of the Health Ministry’s response to the coronavirus pandemic, and has announced it will meet with medical doctors, Health Protection Agency (HPA) officials, Health Emergency Operations Center (HEOC) officials, and officials who have served as the Director General of Public Health and as Health Minister over the last 50 years, as well as officials from relevant non-governmental organizations, health centers, regional hospitals, and other stakeholders for the review.

The first to speak was Dr. Is’haq, who said that that the Maldives’ health system is plagued with several major issues.

He said that while he had been previously hopeful the government will remedy the issues in the health system, he believes the government is taking steps backwards instead.

Hafeeza was the most vocal in her criticism. She said that the public health system is slowly failing, and voiced concern over the drop in vaccination rate and rise in fetal mortality rate.

Hafeeza said the health system is being negligent in treating illnesses other than the new coronavirus, and that access to tests and doctor’s consultations is restricted.

“Patients suffering from other diseases are stranded at home. It’s okay that they die,” she said.

Hafeeza said that the health system was also failing effectively respond to the coronavirus pandemic. She noted a rise in complaints over Health Protection Agency (HPA)’s delay in conducting tests and transporting people to quarantine facilities.

Hafeeza voiced concern that the decision to convert wards and other facilities in regional hospitals to treat coronavirus patients has resulted in a halt to medical services the facilities had previously provided.

“I have been informed that the health center in Hulhumeedhoo had pre-maternity and post-maternity wards and provided excellent postnatal care. But all the wards there have been converted as COVID facilities and are being used nurse’s stations or shower rooms. Services are no longer available from any of these places. When patients come for birth they are told to go home. And when they come before birth, they are being told there isn’t any available place for admission,” she said.

The former Health Ministry officials who attended the committee meeting also criticized how the Technical Advisory Group (TAG) on COVID-19 was selected. They said that the team was composed more of medical doctors who treat disease, rather than public health officials who are experts in disease prevention.

They also said that public health officials within the Health Ministry were being sidelined, and that only a handful of influential officials had any say in the decision making process.

LACK OF IMPLEMENTATION OF GUIDELINES AND POLICIES

“There exist policies and guidelines. But I don’t believe there’s anyone who knows where they are. There is no one to manage this, and there is no one to take full responsibility for the work. There is no accountability. Some tasks are left behind as a favor to some employees,” she said.

Hafeeza said there is also no discussion or coordination within the Health Ministry.

“There are no executive-level meetings held within the ministry. The minister doesn’t meet with even political appointees once a month, or even once every two months. There is no discussion,” she said.

“There is no discussion in work, and everyone does the work they are responsible for as they feel best.”

Hafeeza also said that there wasn’t any transparency in procuring the resources required by the Health Ministry.

“I should just call a friend or someone else close to me and procure the resource I need to do the work I need to do. We don’t see a tendering process, an announcement, or anything else of the sort,” she said.

Hafeeza noted that Maldives has a health sector master plan, but that the master plan remained unimplemented and forgotten.

“I saw it on the master plan that a patient in a particular island must be able to access a specialist after travelling a specific number of hours. I don’t see this happening. No such system has been established,” she said.

Additional issues they noted include the failure to appoint officials to positions which continue to be vacant.

They also said that though new hospitals may be built, they do not provide specialist services.

“There is a modern hospital established in Addu, but it continues to provide the same services. No specialty services have been introduced. I don’t see any additional services,” she said. “Constructing buildings doesn’t mean service.”

Hafeeza said that Indhira Gandhi Memorial Hospital (IGMH) has a waiting list stretching over two years for surgeries such as hysterectomies, and that hospitals lack proper systems to address malpractice cases.

The former Health Ministry officials also expressed concern over the recruitment of doctors for hospitals, stating that quailed Maldivian doctors were being overlooked in favor of foreign doctors.