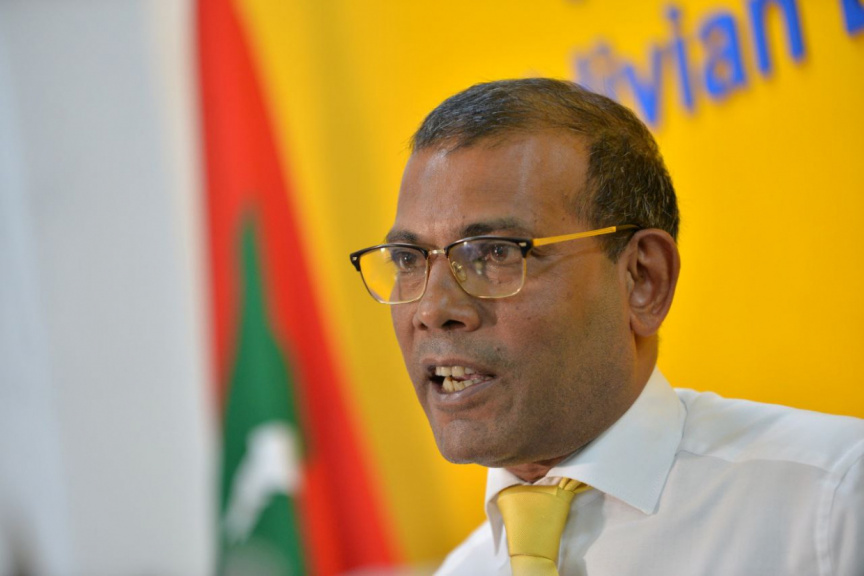 IDU is an international alliance of center-right and conservative political parties. MDP has been a member of IDU since its early days.

Nasheed said that MDP has presented a motion asking for the ruling parties among IDU’s member parties to lobby respective governments to ease restrictions on tourists to Maldives.

He noted that the ruling parties of the Unites States, Australia, Greece, Hungary, Norway and the United Kingdom are all IDU member parties.

Nasheed said that MDP’s motion has been forwarded to IDU’s Foreign Relations Committee, and that the committee will make its decision on Friday.

“I said that Maldives is heavily reliant on tourism, and that Maldives and the Maldivian people will suffer heavy losses if we aren’t able to revive our tourism industry soon,” he said.

“I believe they concurred they will undertake this work. So their Foreign Relations Committee will, God willing, make a decision.”

Nasheed said that the executive members were therefore able to clarify all necessary information through the Foreign Affairs Minister.

In response to a question by a reporter, Nasheed said he does not believe re-imposing a lockdown is the best course of action for the economy. He said the country’s borders need to be open in order to revive the tourism industry and restore it to its previous performance.

“Business sales can only enter when the drawers are open, when the shops are open,” he said.

“I believe that only by offering open service can we slowly but surely restore tourism to what it was.”