Schools to recommence for Grades 7, 8 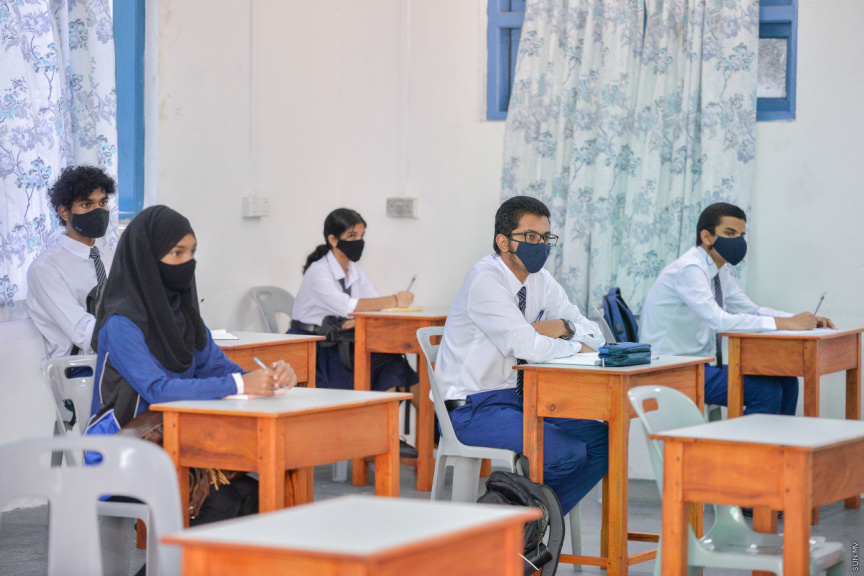 A classroom of a school in Male' City. (Sun Photo/Fayaz Moosa)

Education Ministry has announced that preparation are underway for studies to recommence for Grades 7 to 8 in schools in the Maldives.

Speaking in the “Raajje Miadhu” program of PSM, State Minister Athiya Naseer said that arrangements were being made for schools to be recommenced for Grades seven to eight starting from the second week of next month.

“After discussions with HPA, we are considering to recommence studies for Grades seven to eight in Male’ City area.” Said Minister Athiya.

She said that a lot of changes will need to be made for the crowded schools in Male’ City, adding that safety measures would still be in place.

“Meaning social distancing would still be in place. Temperature checks, hand washing will also be underway.” Said the Minister.

Schools recommenced in Male‘ City for Grades above nine from July 1. In islands not under monitoring mechanisms, schools were recommenced for all grades from 1 onwards.