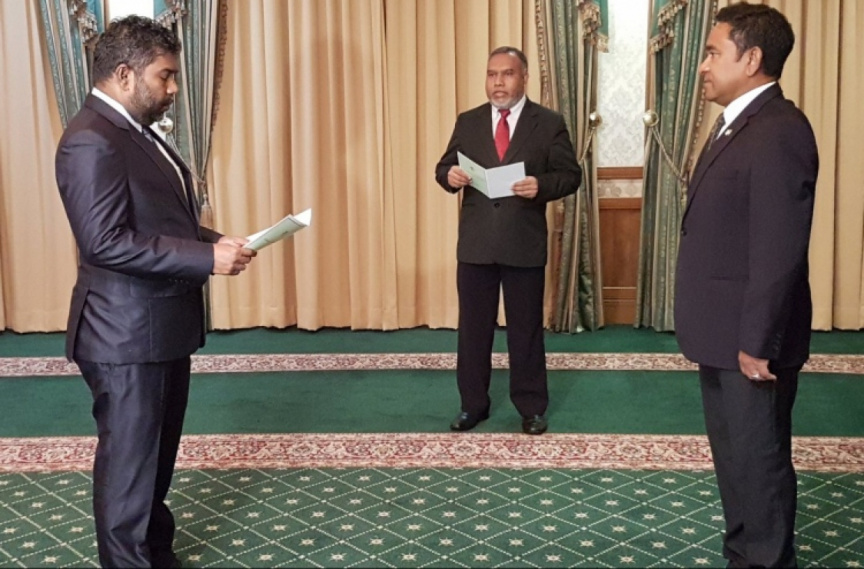 Ibrahim Shaheeg being appointed to the Civil Service Commission. He was dismissed from the CSC on July 13, 2020, by the Parliament. (Photo/President's Office)

The Parliament has voted in favor of dismissing of Ibrahim Shaheeg, Sosunge, B. Goidhoo from the Civil Service Commission (CSC).

A total of 48 parliamentarians voted in favor of dismissing Shaheeg who was appointed to the CSC in the former administration of President Yameen.

Other than Shaheeg, the parliament was also set to vote on the dismissal of CSC president Dr, Ali Shameem. However, Dr. Shaheem resigned earlier today. CSC member Zakariyya Hussain also resigned from the Commission today.

Speaker of the Parliament, Mohamed Nasheed announced their resignations in the parliament earlier today.

Civil servants urged to not partake in CSA's activities

Unvaxxed civil servants to do PCR test every two weeks