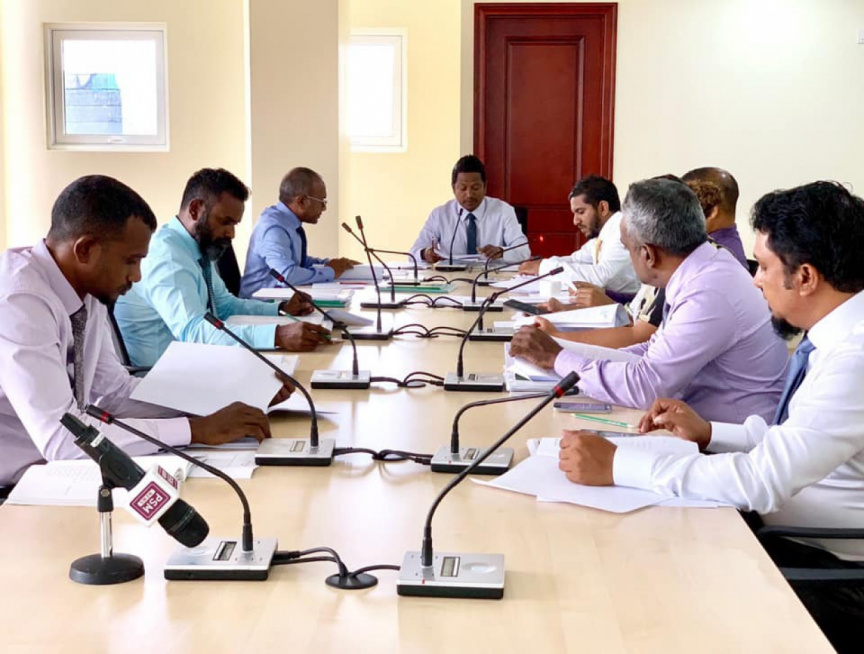 Parliament’s Judiciary Committee has passed an amendment to the Legal Profession Act which will allow law graduates who have been waiting for their law license for a long time to receive their license upon completion of a one-month training program run by the Bar Council.

Legal Profession Act declares the completion of the bar exams as a prerequisite to law license. A year on from the enactment of the law, bar exams has yet to be held, leaving a large number of law graduates unable to gain their law license.

The bill to amend the Legal Profession Act to allow law graduates to receive their law license without sitting at the bar exams was submitted by Dhangethi MP Mohamed Nazim.

Following review, the Judiciary Committee decided that law graduates who have yet to receive their law license will be allowed to complete a one-month training program specially designed for them by the Bar Council, upon completion of which they will be issued their law license.

Under the amendment, the Bar Council will be required to draft and publish guidelines for appraisal of the standard of the participants of the training program within seven days after the amendment is passed, ratified and published on the Government Gazette. And the training program must be held within seven days after the guidelines are published.

“The Bar Council must make arrangements for the lawyer’s oath in accordance with Article 33 (a) of this Act within 21 days of the completion of the aforementioned training program,” reads the amendment.

The amendment declares that those who take the lawyer’s oath after completion of the training program are required to sit in the earliest bar exams, but does not state the course of action if the requirement isn’t followed.

The concession is available only for law students who have already graduate and are unable to get their license, and future graduates will be required to sit in the bar exams.

The Judiciary Committee passed the amendment with a unanimous vote.

Migrant found deceased in a guesthouse in Male'