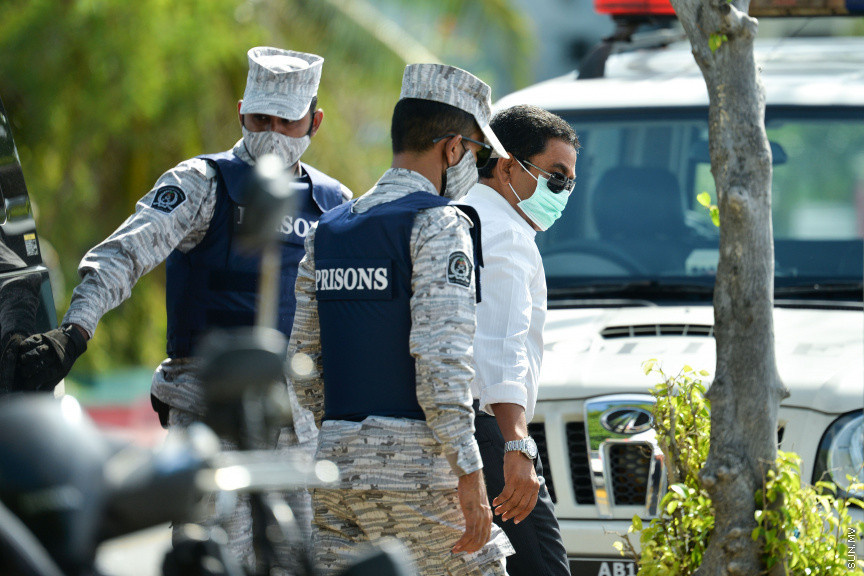 Yameen was found guilty of money laundering and was sentenced to five years in prison and ordered to pay a fine of USD 5 million to the state.

AG Office Director of Communications Hussain Hassan confirmed to Sun that preparations were underway to file a case with Civil Court over the unpaid fine by the former president.

The verdict by the Criminal Court issued in late November read that the payment is to be made to MIRA by Yameen within a period of six months.

However, the payment has still not been made by the former President.

The former President is appealing the case in High Court. Opposition figures and supporters of Yameen have long dubbed the Criminal Court case as a politically motivated sham.