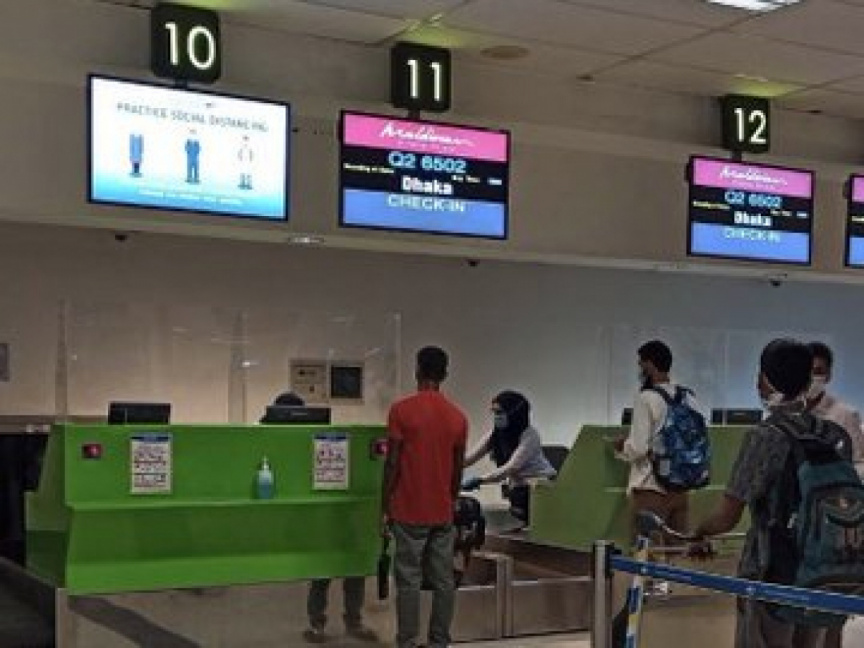 Bangladeshi workers check-in to a repatriation flight to Bangladesh on June 30, 2020. (Photo/Maldivian)

A total of 200 more Bangladeshi migrant workers have been repatriated from the Maldives for reasons such as lack of documentation among others.

The government-run operation in collaboration with national carrier Maldivian has so far seen the repatriation of more than 3,000 Bangladeshi nationals. Around 2,500 individuals lacked the necessary valid documentation.

Maldivian announced today that a flight carrying more than 200 Bangladeshi nationals had departed to Dhaka today.