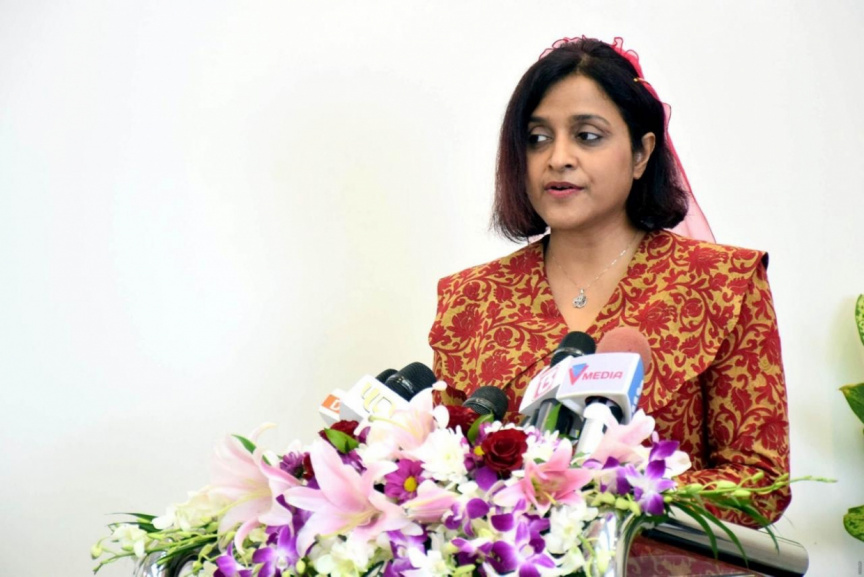 Former Foreign Minister of the Maldives Dunya Maumoon has expressed concern over the failure to detain individuals suspected of sexual crimes. She has posed questions over the issue which sees several suspects accused of sexual crimes being released from detainment.

A high number of individuals accused of such crimes remain free, while the country has seen a significant spike in the number of such crimes being reported. The reasons for their freedom, such as insufficient evidence, has led to a public outcry on social media.

Former Minister Dunya has also expressed anger towards the release of such individuals. She posed questions as to why the individuals were being released.

She has said that the years of efforts by the justice system made towards rape and gender violence were failing.

“What is being seen, is the failure to hold those who commit such crimes accountable,” said Dunya.

She stated that police do not view such crimes as serious matters and do not adhere to the set protocol of such matters.

“In the Maldives, the arrest of political figures is certainly quick. I think that for offenders of such major crimes (sexual crimes) have it easier,” said Dunya.

The matter is also very much connected with the interests and concerns of youth across the nation. She said that youths desperately wished to see justice for such matters.

She also noted that one out of every three women in the Maldives had experienced such abuse of physical and sexual nature. The image of victims falling prey to such crimes was still very much evident constantly being seen in the Maldives.

The former Minister is a well-known advocate of gender equality and women's rights as well s human rights in the Maldives. She served as the Minister of Foreign Affairs from 2013-16.