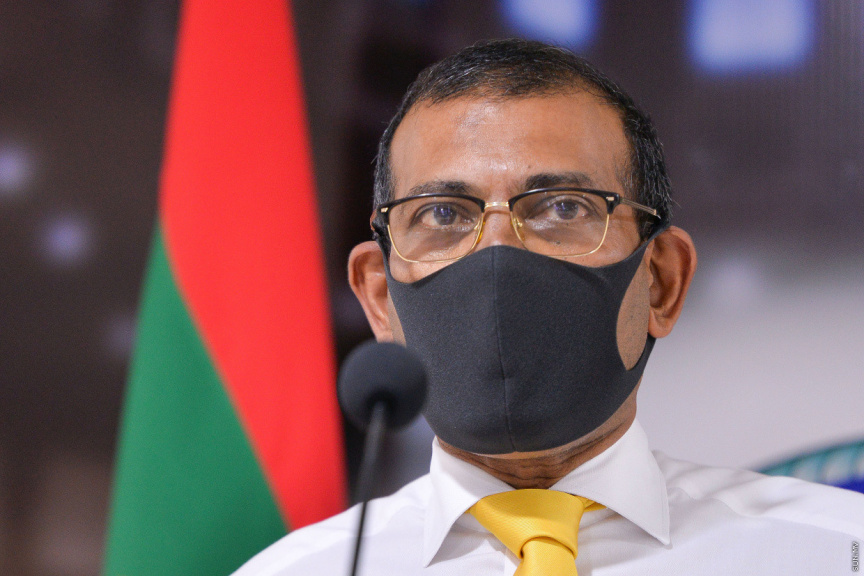 Parliament Speaker, former President Mohamed Nasheed argues that based on the findings released by Disappearances and Deaths Commission (DDCom) following its investigation into the 2012 murder of prominent politician and Islamic scholar Dr. Afrasheem Ali, prosecutors have sufficient evidence and testimony and do not need any additional testimony to press charges against the suspects.

He made the argument in a letter he sent to the Parliament’s Security Services Committee (241 Committee), voicing concerns over the letter sent by DDCom in response to a query regarding the progress of its investigations.

In his letter addressed to 241 Committee’s chair North Hithadhoo MP Mohamed Aslam, Nasheed wrote that DDCom stated in its letter that the commission found evidence Dr. Afrasheem’s murder, as well as the abduction and murder of journalist Ahmed Rilwan Abdulla in 2014, and the murder of blogger and rights activist Yameen Rasheed in 2017 had been masterminded by individuals involved in carrying out terrorist activities in the name of Islam, and that the murders had been carried out through individuals affiliated with criminal gangs.

“And if the commission has noted this, what they have taken note of is, is the suspects in the engaged in a criminal act, or committed a crime. With this being the case, it is unclear why criminal charges cannot be pressed against the people who carried out the act or committed the crime,” he said.

“I find that report on Dr. Afrashem Ali’s murder shared by the commission with the Parliament, and the preliminary report shared with the Parliament on Ahmed Rilwan Abdulla highlights the aspects of both these cases,” said Nasheed.

He said that the DDCom stated in its letter that the Prosecutor General’s Office accused the commission of impeding the Yameen Rasheed murder trial by bringing in the suspects and witnesses for questioning, which led to witnesses refusing to give testimony in the trial.

DDCom, in its letter, said that some of the witnesses in Rilwan’s case had refused to provide their testimony after the commission’s preliminary report on the case was publicized.

Nasheed responded that he found it hard to believe the basis of charges against a person suspected to carrying out a crime against another person should depend solely on testimonies.

He said he found it hard to believe there is a lack of other evidence to prove the charges, even if some of the witnesses may refuse to provide their testimony.

And he said he found it hard to believe that even if the evidence is insufficient to prove the suspects at least attempted to carry out the crimes or aided and abetted in the crimes.

Nasheed said that DDCom in its letter said that some of the suspects were seen in political events, implying they had close connections with politicians, which was leading to a shift in public perception regarding the suspects and impeding the commission’s investigations.

Nasheed said that nearly a year has passed since then, and that he finds it imperative that the 241 Committee launch an inquiry into the investigation and make a decision.

Nasheed departs to Scotland to take part in COP26