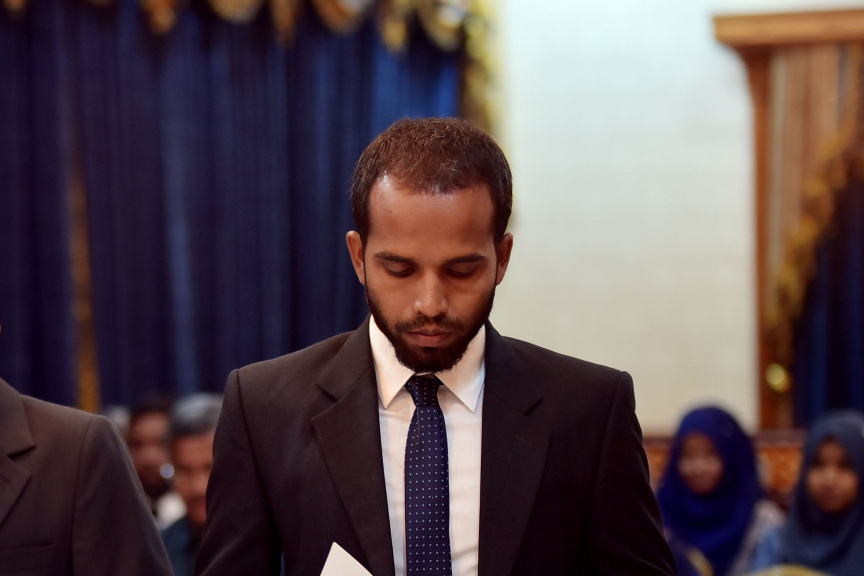 The former senior judge of the Criminal Court Ahmed Hailam has been summoned to Police to be questioned over a payment made by former MP Alhan Fahmy.

Hailam was the senior judge of the Criminal Court and was presiding over the money laundering case of former President Abdulla Yameen before resigning.

The Judicial Service Commission had requested an impeachment of the former judge to the parliament over the payment of MVR 200,000 by MP Alhan when Hailam resigned on his own.

The chit sent by the Police to Hailam, which was tweeted by the ex-judge, summoned him to the Police for questioning 20:00, June 21, 2020, Tuesday.

The chit sent to the ex-judge reads that information obtained by the Financial Intelligence Unite under the Money Laundering and Financing of Terrorism Act had shown a financial transaction between Hailam and Alhan. The matter was reported as a possible instance of money laundering.

The chit released by Hailam on social media carried remarks by him that read that the transaction had been conducted in a transparent manner. He also added that he was suspected of money laundering in the tweet which ended with him saying that he "would not be threatened."

Alhan also tweeted shortly afterward questioning how the receiver of the payment could launder the money. He also said that the payment was not obtained unlawfully and that he would "explain" how money laundering works.