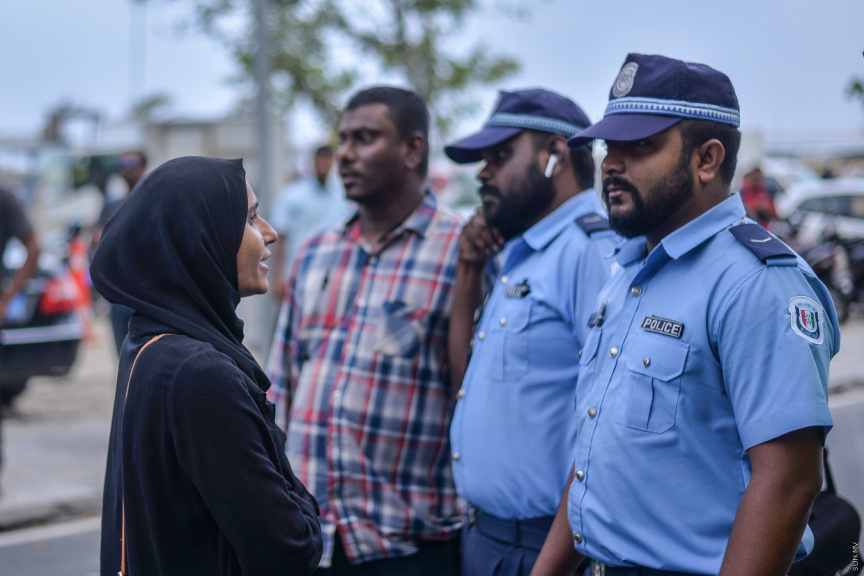 The Parliament, on Sunday, announced it is open for public opinion regarding the Police Service Bill.

The Police Service Bill was submitted to the Parliament on behalf of the government by West Henveyru MP Hassan Latheef, the chairperson of ruling Maldivian Democratic Party (MDP).

The bill is currently under evaluation by the Parliament’s Security Services Committee.

The Parliament has announced that members of the public have the opportunity to share their views regarding the bill by emailing the committee at [email protected] by June 30.

The Parliament held the preliminary debate over the bill last week, during which several MDP lawmakers criticized Maldives Police Service.

North Machangolhi MP Mohamed Rasheed said the police had a long history of brutality, but continued to be allowed to roam freely with impunity.

He alleged that the Special Operations department was launched for the specific purpose harassing and brutalizing members of the general public.

Mohamed Rasheed said the police should not be allowed any more powers and did not deserve to appear presentable in their uniforms.

He said the police should be made to wear shorts and armed with small batons.

“I call on the committee to make changes to their uniforms. They should be made to roam around Male’ wearing khaki shorts, long socks and skin-tight boots,” he said.

The remarks led to individual police officers expressing their displeasure over social media.

The next day, Commissioner of Police Mohamed Hameed wrote on Twitter that the Maldives Police Service was committed to reform.

“Police reform is doable, it’s in everyone’s interest, can be approached with civility. Ridiculing is unnecessary,” he said.

The Police Service Bill was drafted by the Attorney General’s Office, which said the purpose of the bill is to ensure that all aspects of police work are conducted within the constitution and legal limits in a manner that respects human rights and rule of law.

Some of the amendments proposed in the bill include: