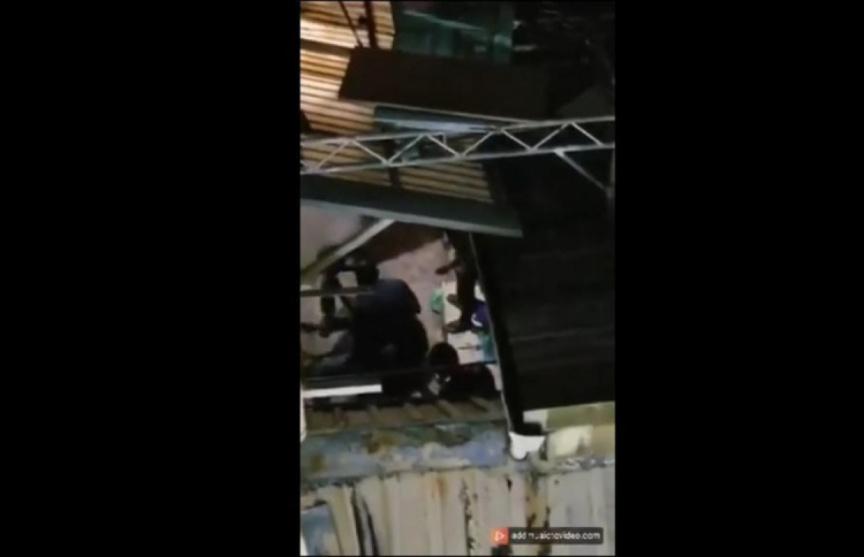 Screen grab from video of DED officers beating up a suspect during a raid on M. Ujaalaage in Male' City on July 5, 2019.

The Prosecutor General’s Office has filed criminal charges against eight police officers accused involvement in beating up a suspect during a drug raid in the Maldivian capital last year.

Video of the raid emerged barely a day later, which showed police officers beating up the suspect during the arrest.

Maldives Police Service, in a statement this Wednesday morning, said that the police forwarded the case to the Prosecutor General’s Office for criminal charges against 11 police officers in connection to the case on October 31, 2019, and that the Prosecutor General’s Office has made the decision to press criminal charges against eight of the officers.

Prosecutor General’s Office released its own statement regarding the case on Wednesday afternoon.

The Prosecutor General’s Office said that it filed charged against eight suspects with the Criminal Court on November 24, 2019.

Charges against the three other officers investigated in connection with the case - Hassan Waheed, Hussain Nazeem and Ibrahim Sinan – were not pursued due to insufficient evidence.

The incident had sparked widespread outrage and led to an inquiry by the Parliament’s Human Rights and Gender Committee.

Officers involved in the case have been suspended and demoted, and some have been dismissed.

Meanwhile, three police officers accused of beating up a suspect in another incident, which took place a month later, on August 5, 2019, were dismissed from the police force on Monday.

The officers were investigated by the Police Professional Standards Command following a complaint they beat up and violated the dignity of a suspect taken into custody at the Fishermen’s Park in Male’ City.

According to the police, the suspect in question was wanted in connection to a theft, and was suspected of attempting to steal a motorcycle parked at the Fishermen’s Park when he was found and taken into custody.

Three police officers involved in the incident were dismissed while a fourth officer was demoted.